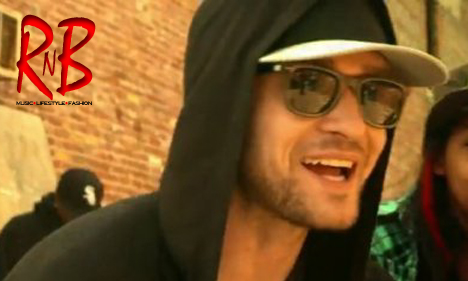 Justin Timberlake may be having fun with the whole actor thing but he has assured fans that he is not quitting music.  And now, he’s made good on his word–well, sort of. In the midst of transitioning between romantic comedy star and action star, Timberlake tweeted a FreeSol video, “Hoodies On, Hats Low.” The pop-star-turned-actor directed the video and appears in over half of it, though he isn’t doing a whole lot of singing. He snaps his figures to the beat, whispers the refrain and plays air drums but mostly, he looks like just chaperoning. Regardless, happy to have you back, Justin!