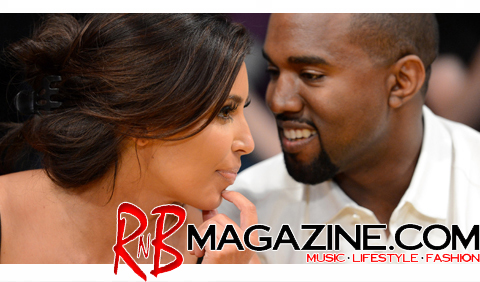 #Rumors – I know its the weekend and things are so but with this “report” should people talking. Seem Kanye & Kim Kardashian is taking their relationship to the next level and thats “Baby Talk”. Kanye must be feeling baby fever thanks to his big brother, Jay Z.

“In Touch” Reports, Kim has taken a big step in her quest to conceive — she’s quit her birth control!

“Kim is ready to have babies and talks about it all the time,” reveals a Kardashian insider. And since she’s been on the pill for around 15 years, reports another source, Kim, 31, is taking “the necessary measures” to make it easier to conceive.

And Kanye, 35, is not being shy about how he feels about Kim getting pregnant either! Hitting Manhattan hotspot PHD with Leonardo DiCaprio on August 3, Kanye “didn’t even look at girls,” says an eyewitness to In Touch. Instead, he jumped in the DJ booth and debuted three new songs … including one titled “Perfect bi-ch” that mentions his “future wife,” Kim, and proclaims he wants her to have his babies.

For right now, Even tho Kanye is feeling the love with his wifey, Kim Kardashian. Us at RnB Magazine still got label this report as RUMORS, ya dig.

Where are They Now: Deborah Cox