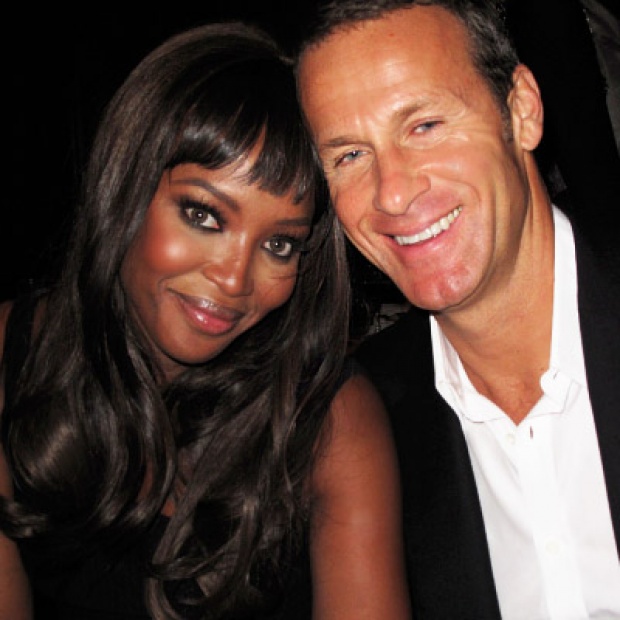 Women of color, particularly black women, catch a bad wrap for being “too angry”, “too mad” “too feisty” or “too jealous”. As a black woman I hardly see images that reflect me, in my natural state. If I were to be considered beautiful by America’s standard I will need to straighten and lighten my hair, sand down my shape to look like a board and minimize the size of my beautiful lips and thighs.  Being constantly told you are one thing will lead you to believe its true. However controvesial author Kola Boof recently posted an article on Beyond Black and White stating what we have obviously been lacking in the western media, Black women ARE desired and RESPECTED.

Read the following interview with Kola Boof courtesy of Beyondblackandwhite.com:

Billionaire Ben Horowitz says: “Black women are loyal and they guard your interests. Black wives are for grown ups.”

One thing I learned while living with Osama Bin Laden (against my will in 1996)…is that while the saying goes “gentlemen prefer Blondes“…..a less talked about phenomenon is that BILLIONAIRES marry Black  women.- Kola Boof

This year alone, we have SEVEN high profile engagements between billionaire men and what are supposedly (according to Western culture) the most undesirable women on earth—Black women.  And the fact that these women are more “authentically Black” (their genes more African looking and less Mixed/European) is meaningful here.

From CEO of Norton Anti-Virus Peter Norton marrying Gwen…to Naomi Campbell and Janet Jackson snagging two of the richest men in Russia and the Arab world….to Mellody Hobson and George Lucas….to Africa where Black billionaires in Uganda, Algeria and Burkino Faso married “educated” business-owning Black African women…..the phenom is glaring. But the media is not making a big ta-do about it.

They’d rather do books & t.v. specials about how unwanted & unmarried the masses of Black women are—which isn’t a suprise considering Hollywood and the MEDIA have worked the last 100 years to cast the image of Black women as negative, unattractive, maid-driven and forbidden.

Even Black men’s media in America scorns and rejects the Black woman’s image as “rat-like,” non-status worthy and not fit for procreation.

After all….in a White supremacist country the goal is to make White babies, not Black ones. So the problem with Black women is that their wombs produceBlack babies–and they are literally devalued in the dating pool for that alone—then accused of being “angry, bitter, ugly” merely because our society doesn’t want to admit that the onus is placed on producing LIGHT/MIXED/WHITE people and demonizes the production of dark skin and actual Black people.

It’s true. Yet in the face of all that hatred for Black women and their Black baby-making wombs….Billionaires (and not just billionaires, but the world’s most powerful men IN GENERAL such asPresident Barack Obama)…..are still choosing BLACK women.

When I first wrote about my experiences with Bin Laden ten years ago, I also wrote about Condoleeza Rice being chased across North Africa by Moamar Khadafi…I wrote about the song he wrote about her. (*Yes, long before the Western media reported Arab male leaders’ obsesion with Condoleeza…I wrote about it in my autobiography).

And during the time that I worked for Khadafi at White Bride I watched one Arab billionare after the other come and go with tall, chocolate African mistresses (and sometimes even wives) in tow.

Back then, Palestinian leader Arafat had a Black American mistress who was also a porn star.  Some of you will call out her name. I won’t. But I remember him buying her a mansion in Italy and an apartment building in London. The following year, when Osama Bin Laden released me, he gave me a farm in Kenya and a house in South Africa.  Though I didn’t want or like Bin Laden…two other men that I’d dated during my era as an actress-model in North Africa were also billionaires….one of them married a Black woman, the other married a Korean.

Luckily I went on to marry a wonderful Black Man, a marine, Simon Palacio, who during our 10 year marriage became a millionaire selling his own electronics to the U.S. State Department!

So, you see, this is the other side of the coin…one that isn’t talked about.

Black Women may not get the hoodrat athletes and rappers. But we are very popular with BILLIONAIRES.  Bill Gates once dated a Mixed Race Black woman….and today, Warren Buffet, Ted Turner and Donald Trump all have Black mistresses….aside from the 7 marriages scheduled for Billionaires and Black women in 2013.

The most powerful men in the world……prefer what?

I THOUGHT ‘CHOO YOU KNEW.