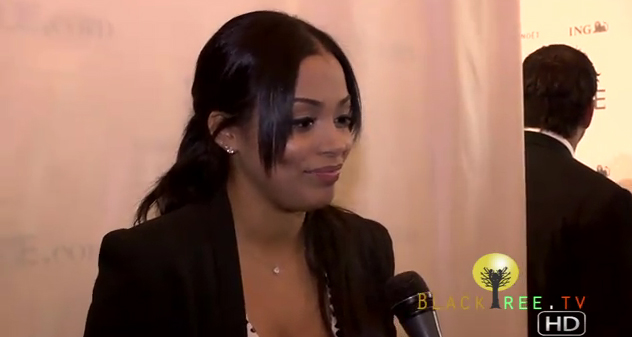 BlackTree TV (Los Angeles), February 24, 2011 marks the 4th Annual Essence Oscar Luncheon. ;Our correspondent, Danai Maraire catches up with actress Lauren London talks about her son that she has with Lil&apos; Wayne, her black history heroes and being in the presence of greatness. he 4th Annual Essence Black Women In Hollywood Luncheon honored Angela Bassett, Jennifer Hudson, Viola Davis and Loretta Devine for their positive work in Hollywood. I look forward for this event every year because it&apos;s such an honor to see all of these beautiful, intelligent and talented African-American women all together and supporting one another.

Its here and Digital the new issue of RnB