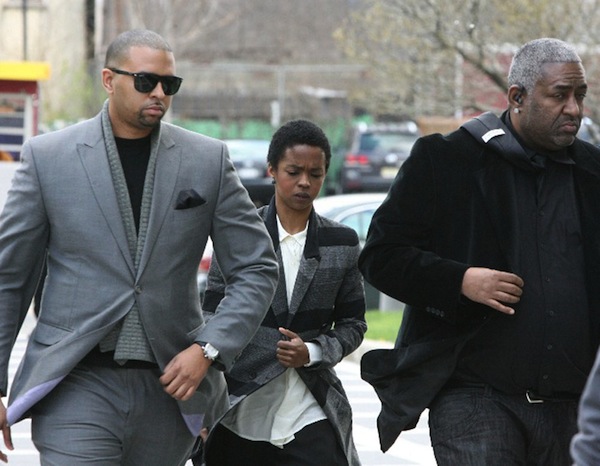 Lauryn Hill walked free from a federal prison Friday.  The Grammy winning artist was released from a female facility in Danbury, Connecticut, according to federal prison records.  She has been incarcerated for the past three months for failing to pay federal income taxes.  The 38 year old still faces restrictions which includes three months of home confinement and a year of supervised probation.

She has also been ordered to pay penalties and the taxes she owed. Her lawyer said Hill has since fully paid her taxes.  Her lawyer also confirmed his client left the western Connecticut prison, as well as the fact she started her home confinement and probation on Friday.  The singer got out several days earlier than planned due to various factors, “including good behavior.”

On the same day of her release from prison, Hill released a new song called “Consumerism”.  This fast moving track puts the spotlight on various -isms, such as skepticism and narcissism — via her official Tweeter feed. According to the linked page, “she wanted to get this music out while she was incarcerated, as it is a product of the space she was in while she was going through some of the challenges she has been faced with recently.”

The former Fugees star and solo artist has sold 16 million albums over the course of her career. But she didn’t meet her tax obligations all that time: Hill pleaded guilty last year to three counts of failing to file tax returns on more than $1.8 million between 2005 and 2007.  According to the prosecutor, the sentence she eventually faced also took “into account additional income and tax losses for 2008 and 2009 when she also failed to file federal returns along with her outstanding tax liability to the state of New Jersey, for a total income of approximately $2.3 million and total tax loss of approximately $1,006,517.”

Is Tameka Taking Usher Back to Court?

New Music Alert: OnCue-Boy On The Come Up (Produced by Brenton Duvall...