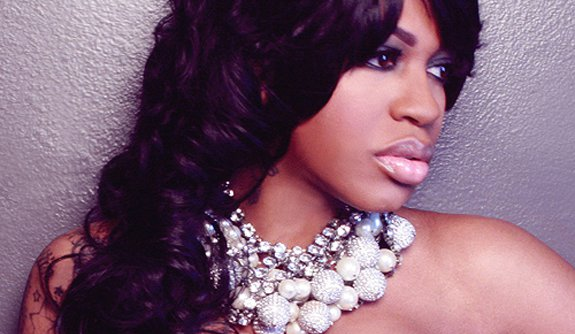 For every action there is a reaction and today it is Lil’ Mo.  After April Ryan of AprilDRyan.com posted   the new entertainers that  have joined Stevie Wonder in refusing to perform in Florida until laws are adjusted or eliminated there was one name absent. the Superwoman singer has decided to sit down on that idea of boycotting the whole state in favor of fans. According to “R&B Divas LA” star , boycotting is unfair to fans and those who rely on artists for financial support.

[quote]”Ever since the verdict, a certain artist is boycotting the state of florida. The fans don’t deserve to be deserted,” Lil Mo offered via Twitter recently.[/quote]

After reading her twitter post you would think she had the fans best interest but as she continued to run her lips it was evident that her thoughts and ideas come from a selfish and greedy place. According to the Singersroom.com the singer states:

“If the coin was right, would HIS staff accept or deny the gig? And if so how would he know? They could say it’s sumpter, sc or nah?” she joked, adding that “some artists have staff that dedicate their LIFE to that artist so when that artists expires the TEAM outta work. Think abt it b4 u buck.”

Really Mo? Maybe somebody’s hard up for money and needs to use other peoples dependence as an excuse to get paid. Sad.

Just to add an cheery on top she also stated that her annual family vacation to Florida has been relocated! Talk about confused.

The McClure Twins Family: New Episode – He Walked Like A Boss!