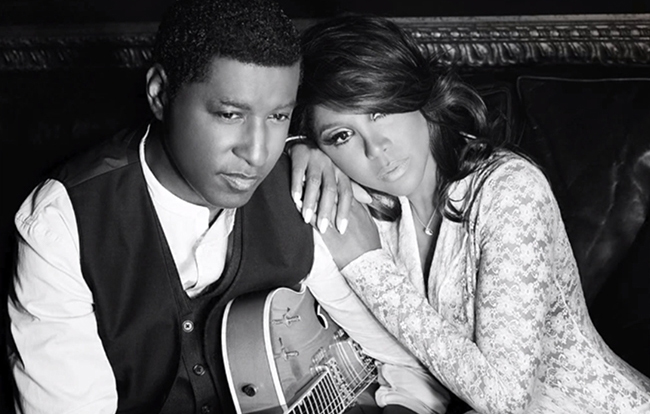 Award winning Toni Braxton and Kenneth “Babyface” Edmonds teamed up to do a duet album. The album was supposed to come out in late 2013, but Motown set a release date for February 4, 2014. The two haven’t worked together since the 90s and now they’re bringing back that great chemistry.

Love Marriage& Divorce has 11 tracks that talk about the trials and tribulations of being in a marriage/relationship. The aura of the album can be described as smooth, sweet, tenderly and animated with a fiery manner.

The album includes the #1 hit single Hurt You and Where Did We Go Wrong .Toni and Babyface brought songs to the album both men and women can relate to. For the guys Babyface has a song called I Hope That Your Okay. This track justifies why he needs to leave and hopes the woman can accept his decision. The ladies will definitely love Toni’s fiery response to I Hope That Your Okay in the song I Wish. Toni gives us the true emotion of a woman losing her man to the other woman.

The Love Marriage & Divorce album is geared towards a more mature crowd. The tempo of the album is moderately slow but flowing along nicely. If you have ever felt heartbreak or have been indecisive in a relationship, then you’ll enjoy this album. Best wishes Toni & Babyface.

Rihanna – Pour It Up