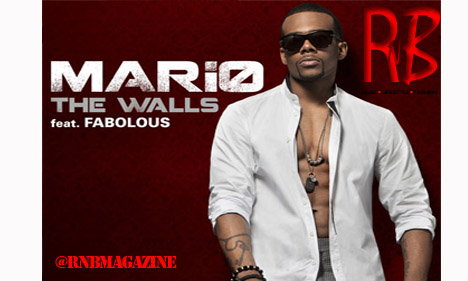 Mario takes it back to the bedroom on “The Walls” featuring Fabolous, the first single from his upcoming fifth album. The ladies’ man makes his lady act out of character on the seductive jam, written and produced by Rico Love.

“It’s an incredible R&B record. It’s classic, it’s definitely going to stand out from everything that’s going on,” Mario told Rap-Up TV. “It really pays homage to women who are comfortable with being sexy outside and they’re sexy with their men when they get home.”

Added Rico Love, “It’s just some classic R&B, just some fly music. Something to reemerge Mario in the scene. I’m very confident with the record. I believe it’s going to be a big record.”

Mario’s as-yet-untitled album, featuring production from The Monsters, Young Yonny, and The Underdogs, is 90 percent complete and he anticipates a November or January release.

Melanie Fiona’s new video and single, 4AM, getting a lot of Heat…