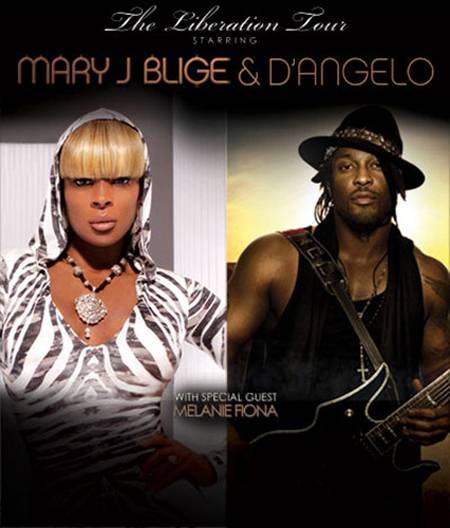 Mary J. Blige & D’Angelo have announced the first dates for their co-headlining “Liberation” tour. The nationwide tour kicks off August 18 in Virginia Beach and travels to Boston, Philadelphia, Miami, and Houston.

This tour marks the first U.S. tour in over a decade for the reclusive D’Angelo, who toured briefly in Europe earlier this year and made high-profile appearances at the BET Awards and ESSENCE Music Festival this month. Melanie Fiona will join them as supporting act.

So far, eight dates have been announced, but Blige said to expect up to 20. Tickets are on sale now at Ticketmaster.