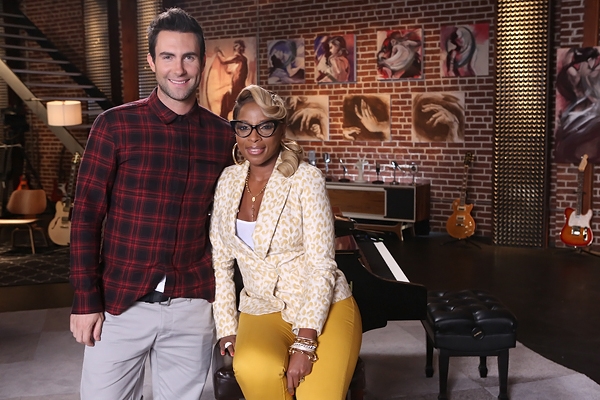 Adam Levine has a new teammate for The Voice. Mary J. Blige has joined Team Levine as their advisor on the next season of the singing competition show. And, frankly, if we knew how to sing Blige would be one of our top choices for advice.
.

Levine said in a statement, “I’ve always been a huge fan of Mary J. Blige. So it’s been great having her on The Voice as an adviser to my team.” Blige added, “I love Adam, he’s amazing. I’m so happy to be working with him and his team.”
.

The singer’s past advisors on the show have included Robin Thicke and Alanis Morrisette so we’d say this is step up for the Maroon 5 frontman. Blige won’t be the only new advisor on the show’s upcoming third season, either. Last week it was announced that Michael Buble will join Blake Shelton’s team. Buble told reporters that he’s a “big Blake fan” so that seemingly strange pairing may actually make sense.
.

So far there’s no word on who will aid fellow judges Christina Aguilera and Cee Lo Green, but we’ll know soon enough. The show has already begun filming as The Voice’s third season is set to premiere on September 10 on NBC. The reality show will air twice during the 2012-2013 TV season, once in the fall and once in the spring.
.

Who do you think should advise the teams of Aguilera and Green? Tell us your ideas in the comments.
.

For more from Mary J. Blige head to her Myspace Radio channel here.