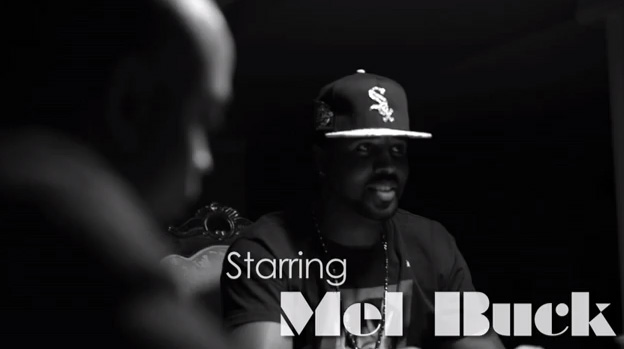 Mel Buckley is no stranger to success. A former high school basketball player donned with accolades such as the Adidas All American and  Top 50 High-school Recruited Player went on to pursue a career as a profession basketball player overseas but was deterred after an injury.  While nursing his foot injury Mel met and was discovered by JM of James Mark Entertainment.

With basketball  a distant memory and music his destiny,  Buckley set forth a plan to infiltrate the music industry.  Since beginning a professional singing career in 2007, Mel Buckley has produced major music accomplishments including having his single “Sexasode” land at #77 on Billboard Top 100 Charts as well as received major international placement with his single “Paradise” on a “Best Of R&B” album distributed by Universal Music Group in Europe.

RnB Magazine caught up with the crooner to see what how he got to where he is now and where we can see him in the future.

1. Who or what influenced you as a child to pursue the path of music and sports instead of “getting that quick dollar”by selling drugs or running the streets?

My Mom and Dad played an intricate role in making sure Chicago didn’t happen to me … I love them for that…put the ball in my hands and I ran with it from there, it gave me the opportunity to go to school and see the world…I had always loved the sound from R.Kelly, Michael Jackson, Tank and when ball ended because health problems it enabled me to try and hone the raw talent I had in music.

2.Who or what influences you now, musically?

Competition is what influences me…I love Fall Out Boy, Maroon 5, Jay Z, Kanye, I listen to other genres and it sends my creativity to another level.

3. After college you played professional basketball overseas but then you were injured and had to return to the states. How long did it take you to decide you were going to pursue music? Why not use your college degree?

4. Your song “Sexasode” landed at #77 on the Billboard Top 100 charts.How did you react when you found out the news?
It was Big for me! That was the original “Sexasode”. We went to Tampa and had a ball in one of their clubs lol … but it fueled us to drop the remix with LEP Bogus Boyz from chicago.

5. At the end of your Sexasode video it said “to be continued”. When will we see and hear the continuation?

The continuation is actually the next line of videos that have come down the line its all a part of my project the “Drive-Thru” and series of events that have story boards to them .

6. What kind of artist do you want to be known as or for?

I just want to be known for quality. That’s important to me …

7. I see that you crossed over in the world of television. Tell me about “PREPS” and what role you played?

8. Five years from now and I turn on the television or the radio. What will I see or hear from you?

I want to be going on my 2nd Grammy by then and maybe taking my first stab at the big screen .

I know I will be in the front seat when that day does happen, but until check out Mel’s Buckley’s Chart topping hit Sexopade Chimix (Chicago remix)