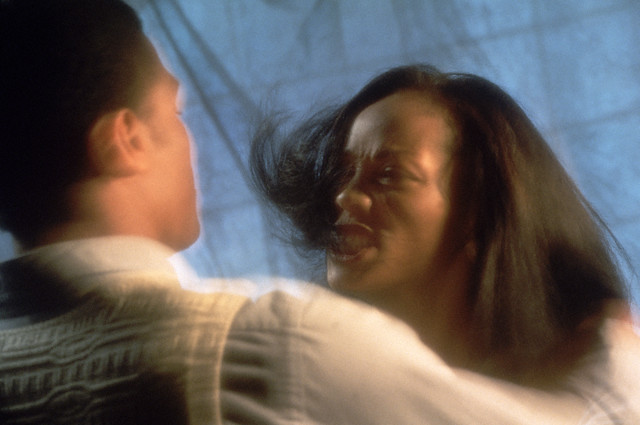 Despite many findings that show almost equal amounts of abuse perpetrated against men and women, the media and government focus the most attention on the female victims of domestic violence. Men are largely silent on the issue because of the perception that men are physically stronger and should be able to subdue a female attacker easily. Those men who do report physical violence are more likely to be ridiculed–both by law enforcement and by the public–than women are. More money is spent on women’s programs, and more crusades are launched on behalf of women who are victims of domestic violence despite the fact that men are almost equally or in some cases more likely to be victims of both physical and psychological abuse.

Although there has been an increase in the number of fatal domestic violence incidents against women, men are more likely to be victims of attacks with a deadly weapon. According to one study, 63% of males as opposed to 15% of females had a deadly weapon used against them in a fight with an intimate partner.

What is worse than the statistics, however, is the fact that there has been little research in the area of domestic abuse against men because neither the Justice Department nor any other agencies will fund such research. Because they refuse to do the research, people are able to perpetuate such myths as women are only violent when defending themselves, or that men could more easily leave a violent relationship.

Because of lack of funding, there are also few shelters that cater to men. Most shelters available will only take women and children, and some even have an age limit on the boys that they will take in (13 years old).

There is some help for male victims of domestic violence. MenWeb (www.batteredmen.com) offers resources for men, as well as a place for them to tell their story. There is also a Domestic Abuse Helpline for Men and Women (1-888-7HELPLINE) operated by a nonprofit in Harmony Maine. Clark University and Bridgewater State University are currently conducting a study on male victims of domestic abuse.

Men who suffer domestic violence can only receive help if they break the silence. Not reporting domestic violence because of the stigma attached is the main reason that men currently receive few services, and one of the reasons that studies on the issue are so few.