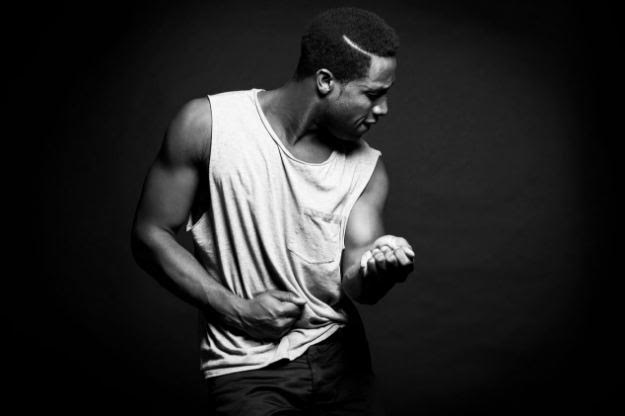 New York City born and Portland, Maine raised singer/songwriter and now Los Angeles resident Michael O. has an infectious, unique sound which he uses to explore his African American, American, and Nigerian culture in hopes to disseminate to his listeners.

He may look familiar as he and The Dartmouth Aires, an acapella singing group he joined during college, auditioned and finished in second place on NBC’s The Sing Off. Michael has also appeared in the major motion picture, Pitch Perfect 2, and featured on the American Music Award winning soundtrack.

Today, the singer is focused on creating new music and has released two new songs, “On My Own,” and “Your Way,” each holding a diverse set of sounds infused with afrobeats, reggae, and rnb.

RnB: When did music begin for you?

Michael O: My first memories as a baby were of music. Music was the framework to my existence. Some of my first memories were of my mom and I watching Michael Jackson’s world premiere of his “Remember the Time” music video. I remember singing Barney songs as loud as I could. I remember dancing to the music of James Brown before walking, and I remember listening to Nigerian music all throughout my childhood. Music has formed the soundtrack of my life.

I started to pursue music professionally right after graduating from college.

RnB: How would you describe your musical and overall sound and style?

Michael O: My style is a reflection of who I am, my upbringing, my cultures, and inspirations. What’s important to me is that my music is authentic to me, that it’s real, and timeless. I draw inspiration from a collection of sounds (afrobeats, reggae, r&b, hip hop, soul, gospel, rock), and I craft my own sound. My music is a direct reflection of where I come from, where I’ve been, where I am, and where I’d like to go.

RnB: You attended Dartmouth College double majoring in Global Health and History. Did you always have a passion for improving health and history? Also, what did you plan on doing with those degrees, outside of music?

Michael O: My mom stressed the importance of giving back and of providing means for those who are not as fortunate in
circumstances. That’s what she has devoted her life work towards, to the pursuit of helping others…I get that from her. I also majored in history because I’ve always loved storytelling, and have been fascinated with the story of humanity, so history was a natural fit.

RnB: While attending Dartmouth, you joined an acapella singing group called The Dartmouth Aires. The group made it to second place on NBC’s The Sing Off. That’s big! How did that opportunity present itself?

Michael O: Very randomly. The producers kept asking us to audition, so we auditioned on a whim. I had no idea what the impact of the show would have on my life. It was from doing the show, that I decided to pursue music. It changed the trajectory of my life, and for that, I will always be grateful to my group, and to the show.

RnB: After graduating from Dartmouth, you moved to Los Angeles. What incited this move across country? Were you nervous or ever have second thoughts about your move?

Michael O: I moved to LA to pursue the dream. I wanted to learn and push myself in a city that is built on the dreams of entertainers. Surprisingly enough, I wasn’t nervous. I kinda knew it was the next progression of my life. It was a bit of a shock though. I’m from Maine, and Los Angeles is VERY different. But, I like living in LA. It feels like home, for now, at least.

RnB: You released your first EP “In the Beginning” in 2013. What’s the concept behind that title and give some history on what this project meant to you especially moving to L.A.?

Michael O: “In the Beginning” was the first time I took my creative destiny in my own hands. I wrote, sang and co-produced every song on that project, and it was a moment when I felt I was in the beginning of my life and career.

Everything was (and still is, to an extent), so new. So, I wanted to do a project that represented that. 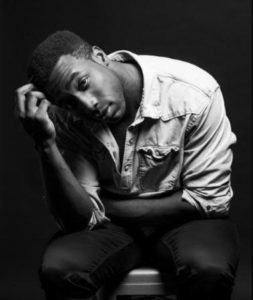 RnB: You’ve also been on the big screen. Can you tell me about your acting experiences? Would you
consider making acting a second profession?

Michael O: I love acting! It expresses a different side of me. Recently, I had a starring role in Pitch Perfect 2. It was a lot of fun, and I’d love to pursue more acting roles down the road.

Michael O: It depends. Sometimes, it takes me years to write a song, and other times, a song can take one hour. For
example, my songs “On My Own” and “Your Way” (both tracks coming out this Friday, May 19th) were written in completely different ways. “On My Own”, in total, took four years to complete, while “Your Way” took an hour and a half.

There is no formula to writing a song. Songs take however long they are supposed to take.

RnB: You’ve performed many places all over the world, but one place, in particular, stands out the most. What was it like singing for President Obama at the White House?

Michael O: President Obama is my hero. It was amazing to sing for someone that I respect and look up to. It was dope!

RnB: What do you do in your spare time? If we were to look at your playlist in your phone, who are some of the artists we would see?

Michael O: I like to eat, sleep, hang with family and friends, go to shows, and go see awesome concerts; the simple
things.

If you were to look at my playlist on my phone, it would be eclectic. I listen and get inspired by a lot of different types of music, whether it’s afrobeats, hip hop, pop, rock, r&b/soul, etc…Some artists I’m currently listening to right now are: Runtown, Wizkid, Vince Staples, Moderat, Kendrick, and Bjork…just to name a few. So, it’s really out there. 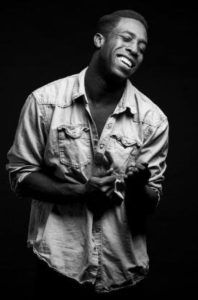 RnB: What’s next? Where do you see yourself this time, next year? Five years from now?

Michael O: What’s next is that I am going to keep making and releasing new music. I have a hunger to keep getting better and to push myself sonically. I’m curious to see where I’ll be in five years, and curious to see what I’ll be singing and writing about then. The sky is the limit, so in five years, who knows where I’ll be. But, I do hope that by then, there will be tremendous growth, not just in my music, but in my life, because art is a true reflection of growth.