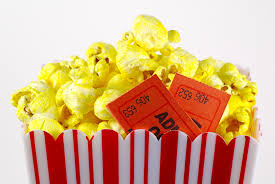 The Box Office is gearing up for a powerful weekend with 4 highly anticipated movies opening August 16, 2013.  Definitely some must sees, so don’t miss out, you will not be disappointed!!!!

This drama is based on the life a butler who served 8 Presidents over three decades and how his services affected his life and family from the Civil Rights Movement to Vietnam and beyond.  Starring Oprah Winfrey and Forest Whitaker, this drama filled movie will definitely have you in tears but a new found respect for the servant class.

Aaron Taylor-Johnson, Christopher Mintz-Plasse and Jim Carrey star in the Action packed comedy about teenagers living normal lives but on the side fight crime to keep their city safe.  The Justice League has nothing on this crime fighting team as they gear up to fight an arch nemesis Red Mist.  Ready to Kick some A** then definitely a must see in theaters August 16th.

A documentary starring Ashton Kutcher as Steve Jobs detailing the life from 1971 to 2001 of the man behind Apple.  See how he became one of the worlds richest man and changed the computer industry for years to come.

A Suspense/Thriller about a blue collar entry level employee (Liam Hemsworth) who makes a huge and illegal mistake and in order to rectify the mistake his boss (Harrison Ford) has him infiltrate a rival company.  Little to late Hemsworth learns that his boss will stop at nothing including, murder, to remain on top and he is caught in the middle.  Following Liam as he tries to figure out a way to escape his boss’s hand and stay alive in the process.

What Does One Man With A Vision Create?… Endless Possibilities For Others....