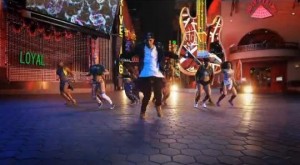 With all of the drama surrounding Chris Brown, it’s good to hear some good news from the troubled star.

Chris released a few versions of the song ‘Loyal’ but Lil Wayne and Tyga were the ones who made the final cut. The guys are clearly having fun with other cameo appearances from Trey Songz, Ty Dolla $ign and Usher.

Watch Chris and his dancer mesmerize you in this video.

Do You Think You Have What It Takes To Be A Member...