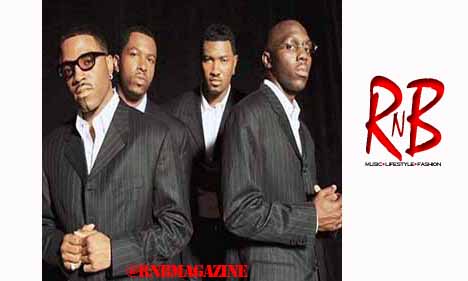 Just when fans thought it was smooth sailing for the return of R&B group BlackStreet, news has surfaced that producer Teddy Riley has filed a lawsuit against his former band mates, Mark Middleton and Eric Williams, accusing them of illegally using the group’s name.

The lawsuit, filed at a Virginia district court, claims that from 2003 until now, Middleton and Williams have booked performances for themselves using the BlackStreet name, without the proper permission or consent, from Riley and Chauncey Hannibal, who have held the rights to the name since 1992.

According to Riley and Hannibal, on joining the group five years after BlackStreet initially formed, both Middleton and Williams signed work for hire contracts, and had no rights to use the group’s name.

Lawyers claim that Middleton and Williams have ignored cease and desist letters and still continue to book shows as BlackStreet and this confusion has reportedly resulted in the cancellation of an official Blackstreet tour of Europe.

Kalin White Takes Over The Roxy With His First Solo Performance

Entrepreneurs and Working Women- Can They Have It All?

Ready For Mindless Behavior? The Wait Is Over! They’re Baaaaack!

Beyoncé and JAY-Z “Top Off” with DJ Khaled and Future in New...

LATAVIA ROBERSON GETS A REALITY SHOW