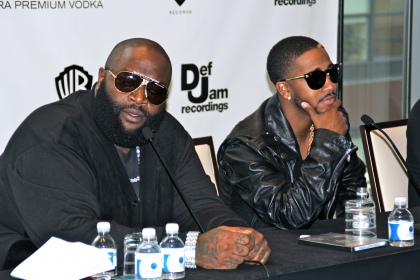 If you’ve been paying attention to the media, you know that Omarion is now signed with Rick Ross’ label MMG, alongside rappers Meek Mills and Wale.

You might recognize Omarion from the teen sensation group B2K. The group ultimately split ways, which led Omarion to practice being a solo artist. He released several songs such as “Touch” and “IceBox” which were hitters.

We haven’t seen or heard of Omarion in a minute, but he is back. He has a new single out featuring Rick Ross titled “Lets Talk.” The duo sampled from late Notorious B.I.G’s “Big Poppa.”

Check out the video below

Daisy: The next generation of music! Watch with caution: Power in the Videos!

MUST WATCH: Emeli Sande “My Kind of Love”

And The Nominees Are…

ZAYN – LIKE I WOULD (Live on the Honda Stage at the...