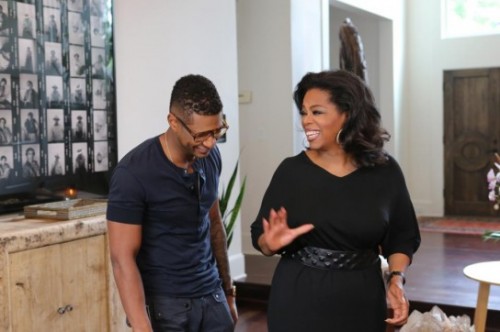 Usher was the next superstar to appear on Oprah’s “Next Chapter.” Oprah is known for her poignant, heart-filling interviews. She enters the very personal lives of the public figures she interviews. On her last interview with Rihanna Oprah discussed a very private and emotional moment that occurred in Rihanna’s life a few years back with her then boyfriend, R&B singer Chris Brown. This is something that many talk show hosts and radio and t.v personalities are hesitant to discuss.

Well Usher was next on Oprah’s tell all interview. Usher dug deep into his life as he discussed his relationship with ex-wife Tameka Foster, their divorce, custody battle, and his mother.

Check out the full interview below.

Oprah travels to Atlanta for an intimate interview with Grammy award-winning R&B artist Usher Raymond IV, who speaks publicly for the first time—and, according to Usher, the last time—regarding the custody battle over his two boys. Plus, Usher opens up about what caused his breakdown in court.

The Package: The Funkiest. The Illest. The Icon Missy Misdemeanor Elliott