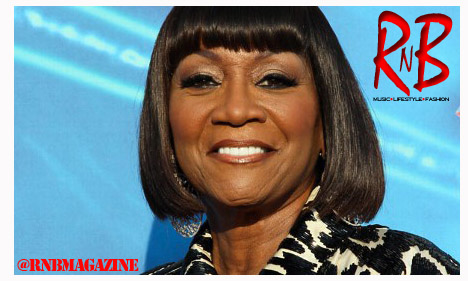 As reported by ABC News, a New York City mom is suing R&B legend Patti LaBelle for allegedly abusing her and and her 18-month-old daughter.

A lawsuit filed Monday by Kevin and Roseanna Monk claims that LaBelle screamed at Roseanna Monk while her daughter walked around the lobby of the Donald Trump-owned apartment building where they all lived in November 2010. The Monks have lived there for more than two years. LaBelle stayed in the building last year while performing in the Broadway musical “Fela!”

The Monk’s lawyer, Samuel L. Davis, told ABCNews.com that LaBelle approached his client, who was gathering the family’s luggage for a trip, and said, “‘Do you know what your daughter is doing?’ kind of implying that she was a bad mother.”

“My client responded as most people would,” he said. “‘Lady, mind your own business.’”

Then, Davis said, “Patti LaBelle lost it. We have no idea what flew her into this rage.”

According to Davis, the singer “started cursing and screaming” and flung water from a bottle she was holding at Roseanna Monk and her daughter.

“It was enough that the mother had to change her shirt and the baby’s shirt,” Davis said. “The baby’s never been exposed to anything like that before. She started crying violently. She started throwing up.”
Things got worse when the scuffle moved outside.

“My client went outside, and on the way to her car, she said ‘Look what you did to my daughter. Look what you did,’” Davis said. “That’s when Patti lost it and she lunged at her, tried to punch her and had to be restrained by her entourage. The bodyguard had to get out and drag Patti into the car.”

Roseanna Monk reported the incident to police, but no arrests were made. She then contacted LaBelle’s management asking for an apology. After not hearing back, she decided to sue for unspecified damages.
“They’re not major damages,” Davis said. “They’re more punitive than anything. We agreed that the proceeds of the case are going to a children’s charity.”

But, he said, the effects of the incident were apparent on the 18-month-old.

“The baby had a hard time with this,” he said. “She started not sleeping through the night. She had issues with loud noises and strangers.”

This isn’t the first time the Grammy winning LaBelle has been accused of violence. In June, a U.S. Military Academy cadet sued LaBelle over a dust-up with her bodyguards in the Houston airport, claiming the bodyguards attacked him unprovoked. LaBelle counter-sued the cadet, saying he tried to get into her limousine and was drunk and using racial and sexual slurs. The case remains under investigation.
Davis said his clients want to prove a point.

“My clients will feel good about any outcome that holds her responsible for her actions,” he said. “Just because you have an entourage and bodyguards doesn’t mean you can scream and throw water in people’s faces.”