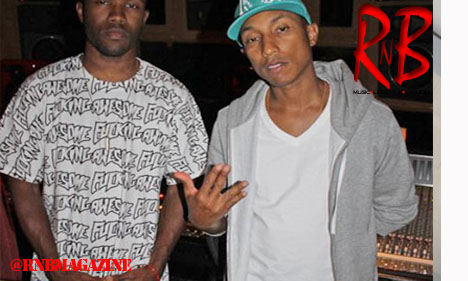 His debut project Nostalgia, Ultra (released in February) was hailed by critics as well as music lovers of all genres.

“Frank Ocean is incredible. We’ve worked together, too. To me [he’s] a singer/songwriter. But his album itself is incredible, “ Pharrell recently told VIBE.

Skateboard P says they first met at the 2011 Coachella music festival before getting into the studio. Without getting into specifics Pharrell says he contributed music to Frank’s forthcoming debut album.

“He’s super talented. To me he’s like the Black James Taylor. He’s lyrical—he’s got a great perspective and super sick melodies. I haven’t seen anybody bob and weave through chords with such catchy melodies in a long time—that’s why I liked working with him.”

The Weeknd Dropping A New Album This Year?

THE-DREAM GOES UP AGAINST DEF JAM, “THEY ARE TRYING TO STOP IT!

Jessica Jolia Releases The Sexiest Single Of This Summer

Olivia Longott Does It On Her Own