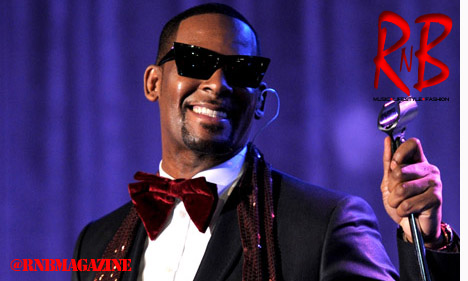 Earlier this year, R. Kelly’s singing career was threatened when an over-sized cyst began growing on his tonsils. After taking some time off to heal from an emergency throat surgery, he is back on track and ready to make some baby making jams again. As reported by NecoleBitchie.com, Kellz hit up Chicago radio station WGCI and announced that his upcoming album ‘Black Panties’ will be the new ’12 Play’. He also revealed that he thinks Trey Songz would be his successor if he humbled himself and shared his thoughts on Chris Brown.

On the whole Trey Songz beef:
I was pretty numb. I don’t feel those type of things man. It’s like I’m bullet proof when it comes to beef. I don’t deal with beef. I love steak.

On who he think has next if he were to step down from the R&B game:
I know that Trey Songz is the guy. If he keeps with the hits and he humbles himself a bit more, he will definitely be one of the runner ups.

When asked if he could see Chris Brown stepping in:
Chris Brown is already there as far as he’s concerned. Because you know, he’s a humble guy. Chris Brown used to come to my studio when he was 13, 14, 15 and 16 and he learned a lot from me. I used to lecture him all the time. I’ve got the upmost respect to Chris Brown. My hat goes off to him. Because why? He got in the studio, he did what he was supposed to do and he bounced back like a round ball.

On the greatest song that he thinks he ever made
My greatest song …I got three kids myself off of the ’12 Play’ album. I would say ‘Seems Like You’re Ready.’ That’s my personal favorite as if I didn’t even do it when I listen to it. I don’t even feel like that’s me.

It’s Official! ‘My Life II: The Journey Continues’ will be in stores...