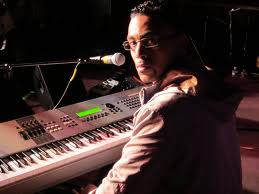 R &B Artist A.M.X.  Andre Mieux had an incredible jam session at a SIR studio in Hollywood on May 24th

A.M.X. is a multi-talented singer/songwriter/producer. A.M.X. received scholarships from Cal Arts and Long Beach State College.  Aside from his academic career, he has also been under the instruction of Dr. Marge Chen for the last 13 years for classical piano.  A.M.X. grew up in a very musical family, with his extended relatives a part of the Philharmonic(s), Fox TV, and several other major placements in music production and film.  As early as the age of 8, A.M.X. lit the spark of what he would one day call his career.A.M.X. started writing, dancing and singing for a small group called Eagle Wings through his local church in West Covina, CA.  By age 12,A.M.X. had begun producing music with a friend, Grammy winning former member of the Yellow jackets, Ricky Lawson, who turned out to be one of his greatest connections to the music industry.

From there, A.M.X. has been a part of a wide range of projects throughout his career from classical pianist to scoring the feature film, Wigger.  Recently, he has had the privilege of working with legendary rapper Snoop Dogg on his new single You Made Me Change My Number.  In addition, his song Let Me Be The One became a hit once picked up by the Korean group SS501. He also has worked with Showtime Television on Stunt Divas and Sid Burston Productions onGet Thee Behind Me. He was a member of Trilogy Productions, whose team was responsible for placements on such projects as Hannah Montana, High School Musical, Akon, Jill Scott, Varsity FanClub, T-Boz, Keith Sweat, Dave Hollister, Bobby Valentino, Nick Lachey, 112, Nina Sky, Master P, DREAM, and 504 Boyz.

Currently, A.M.X. is putting the finished touches on his up and coming single We Can Do Whatevea to follow up his smash hit You Made Me Change My Number Feat. Snoop Dogg, as well as performing internationally with Boyz II Men, Joe, Ginuwine, SWV and Dru Hill. Aside from performing, A.M.X. is slated to participate on the scoring of an upcoming documentary film titled State Of Control

This thriving artist, A.M.X., has created a new twist to what R Kelly and Michael Jackson brought to the industry and he is ready to mix it up and take the world by storm with his sound. 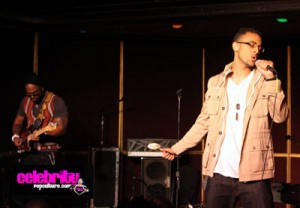 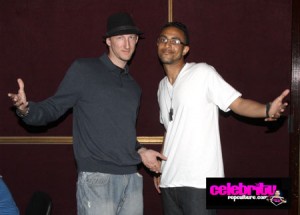 The Best Workouts While You Are Pregnant

Eddie Murphy Steps Down As Oscar Host – On the heels of...