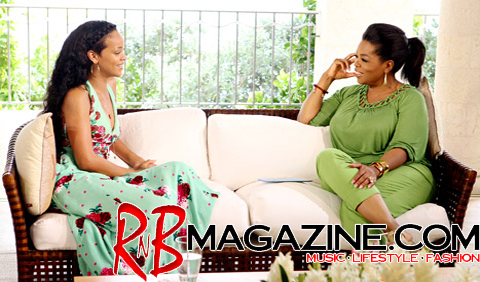 #NextChapter @Rihanna @Oprah #FullInterview #FullEpisode- Rihanna is still attempting to put her history with Chris Brown to rest. The wounds from the domestic violence assault she experienced at his hands may have healed but the emotional scars are still fresh. In her upcoming interview with Oprah Winfrey for “Oprah’s Next Chapter,” the 24-year-old “Where Have You Been” songstress explains how she still is very much worried about Brown’s well-being.

Rihanna revealed that she found a best friend in the Fortune creator and lost him once they cut ties. “Like everything I knew was switched. Switched in a night. And I couldn’t control that. So I had to deal with that, and that’s not easy for me to understand or interpret. And it’s not easy to interpret on camera, not with the world watching.”

She may be the victim, but the Grammy-winning entertainer knows Brown needed help after the incident. “I just felt like he made that mistake because he needed help, and who’s gonna help him?” she stated. “Nobody’s gonna say he needs help. Everybody’s gonna say he’s a monster without looking at the source. I was more concerned about him.

Witness Rihanna share her emotional talk on “Oprah’s Next Chapter” interview below.