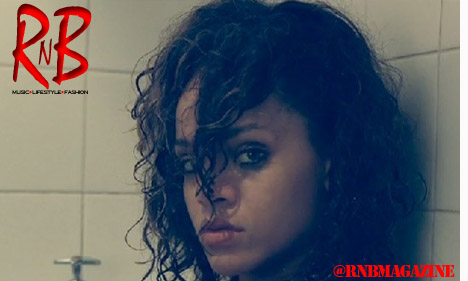 Rihanna’s new music video is simultaneously depressing and uplifting. Filmed in Northern Ireland (Remember hearing about that farmer who kicked Rihanna and her film crew out of his field because she was too scantily clothed? Yeah, that was for this), the video for “We Found Love,” a single from her upcoming album Talk That Talk, is really dark. Not whips and chains, “S&M” dark, more the “love never lasts and we all end up hurting each other in the end” type of dark. Between this, “Rude Boy,” “Man Down” and “Love the Way You Lie,” I’m starting to get the feeling that Rihanna seems disillusioned by relationships. I can’t imagine why.

This is an incredible video. In just four-and-a-half minutes, we’re propelled through an entire relationship, from skate park flirting, to drug fueled hooks ups, to shoplifting, to a terrible fight in a car, to more drugs, to an overdose, to an involuntary butt tattoo, to screaming and crying and Rihanna’s inevitable mascara-stained face as she says goodbye. Oh, and somewhere along the way she vomits ribbons.

But “We Found Love,” the soundtrack to this romantic train wreck, runs counterpoint to those images—it’s a euphoric, dancehall pop song about finding love in “a hopeless place.” We won’t speculate as to the psychology behind casting an actor who is the splitting image of Chris Brown (he of the hitting and the occasional bleached ‘do), but there’s something here that’s angry and dark and joyous. Rihanna, more than any pop star out there right now, is a pro at combining those three things into something eminently danceable.