While in attendance at TV One Press Day at the Television Critics Association (TCA), RnB Magazine chatted with the cast of TV One’s original film Media.  We chatted with the amazing Penny Jerald Johnson, who you know from Castle, 24, The Larry Sanders Show and Absolute Power, to name a few. 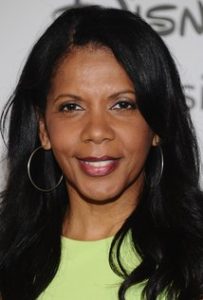 What is it like to play the matriarch of this family?

It is time to see not just a woman of color but a woman of color in power, in a very positive way.  Media draws in all of media– radio, television, magazines, digital programming and with that–that’s the foundation of Media—BUT– under that is family.  I think that’s the key. Uplifting a family, and in this case an African -American family. When you take off the layers you will be able to identify family. Period. 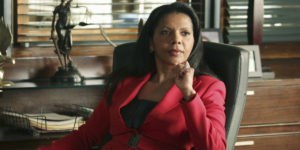 You have a very extensive acting career. Lots of television, television movies and film.  Any preference you prefer to work on?

Well, that’s a real easy question. My preference always is what I am doing at the moment.  You know? Because I could be doing theater and I wouldn’t want to be anywhere else but doing theater and if I am doing television I definitely don’t want to be doing anything else and the same with film. In this case I have been doing television for a long time and what’s beautiful about television is the consistency and you have an opportunity to really take a character and keep going step by step, so there is a real growth.  So instead of that one shot deal we are always working on, tuning and honing in on it. So I think that’s a real excitement!

Do you follow media a lot in your personal life?

I follow media. And I find that as I am getting older I really am watching a lot of political things around the world, because I really want to know what the state of the world is in.  Also I am also kind of getting hip with the social media because I think that’s where we are definitely at.  I think as an entertainer you would be remiss if you are not involved in that communication. 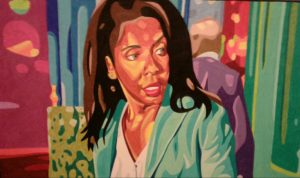 You look great. Any secrets you care to share?

I don’t know what my secrets are.  I stay busy.  I do work out. I can’t lie anymore, well actually I’ve never been able to lie. I can’t lie up, I can’t lie down!  I am a woman in her fifties and loving every minute of it!

We are loving her too and looking forward to Media on February 25th!

Photos found on imdb.com, TV One and screenrant.com

Imaj Drops “Something Real” For V-Day