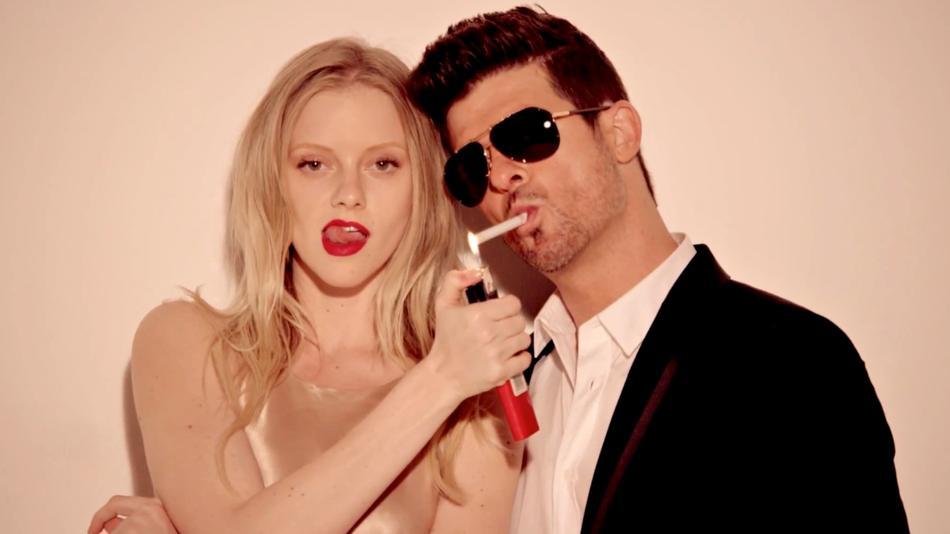 Robin Thicke’s “Blurred Lines” has not only  earned a fourth week atop the UK  Singles Chart, it has officially become the second best selling  single of the year.

According to The Official Charts Company, the Pharrell and T.I.  assisted song has sold  over 700,000 copies to date in the UK, trailing only Daft Punk’s “Get Lucky,” which has sold just shy of 1  million copies.

“The cheeky summer anthem, which also features TI and Pharrell  Williams, fought off tough competition  from Jason Derulo’s The Other Side (Number 2) to retain its position in this week’s race to Number 1. Blurred Lines is  now the second biggest selling single of  2013 so far, clocking up a further  133,000 sales over the last seven days, to bring its total combined sales tally to 718,000 copies,” The  Official Charts Company reports.

In related news, Jason Derulo has debuted strong on the UK singles  chart with “The Other Side,” his latest  single.

Released in the UK last week, the song shot straight to no.2 on the  chart.

Meet The Southern Girl With The Soulful Sound: Alesia Lani