Rumor has it that a beautiful singer-actress is engaged, a GLEEk may be dancing with the stars and we may have a new superstar odd couple…. 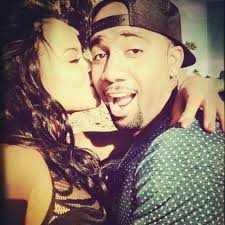 Everyone, including Christina, felt she had the dream life. An A-list singer-songwriter-producer husband    THE-DREAM, a beautiful baby and a stable career and the dream turned into a nightmare when scandal  broke about The-Dream’s adulterous ways.

Well fast forward a few years later and we are happy to see the The Voice correspondant is getting a second  chance at love.  According to several reports the singer-actress and Prince are engaged.

The two have kept their relationship under the radar since 2010, but Life & Style is now reporting that the  couple has been engaged for a few months. A source told the magazine that she is “over-the-moon happy”  and “truly enjoys their active relationship.

In April, Milian was seen sporting a diamond ring, which prompted engagement rumors too.

VERDICT:  We say the Can’t Buy Me Love star is engaged. Who sports a rock like that on your ring finger? 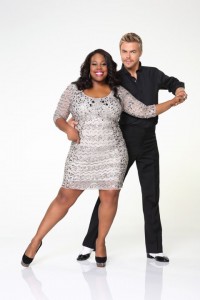 GLEE alumi Amber Riley is among the latest celebrities selected to join the upcoming season of Dancing with the Stars!

As previously reported, she will join Christina Milian, who recently got engaged. The vulupious beauty will partner with DWTS winner and Sex symbol Derek Hough for the seventeenth season.

The upcoming season kicks off on September 16th at 8 p.m. [ABC]

VERDICT: duh, its been confirmed that the glee star will appear on the 17th season of Dancing with the Stars 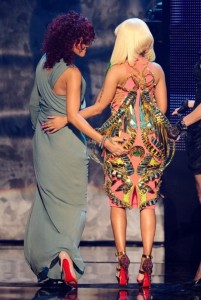 Nicki Minaj and Rihanna have both long rumored to be involved in some sort of relationship.

According to urban gossip site MTO, the two Caribbean beauties had a one night fling last month.

A snitch, who is an alleged member of the of Young Money crew, told MTO that Rihanna and Nicki Minaj      met at Stage 48 nightclub last month and started flirting with each other.

The Flirting got very serious and heated. “Nicki told [Rihanna] that she wanted to f–k her. Everyone at the  tables mouth dropped. . . Rihanna was like ‘where and when’.”

The two reportedly left for Rihanna hotel room where they spend the night.

VERDICT: Knowing these two, this rumor could be fact but we will need more proof than a snitch.

Of course these are just rumors, right now. Below drop your comments and tell us what you think.

R. Kelly Hospitalized Due to Complications from Surgery