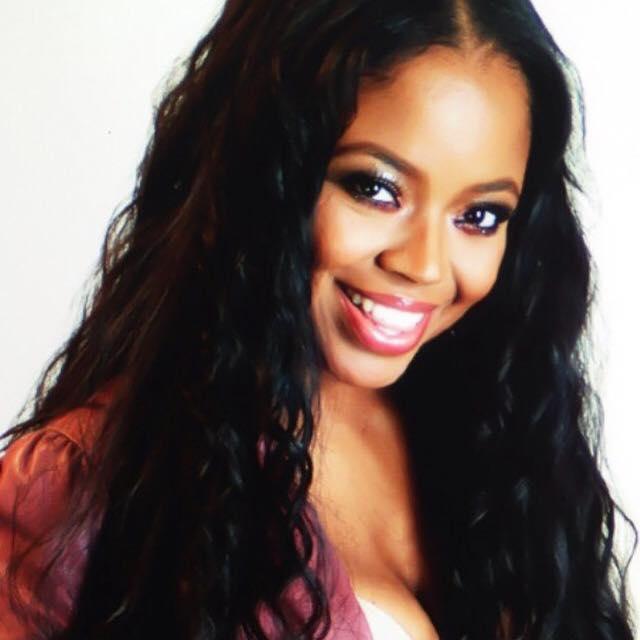 The 90’s proved to be the birthing period for authentic Rnb music comprised of some of the hottest artists including one that I am about to reintroduce you to. Shanice Wilson a.k.a the beautiful brown-skinned girl with a smile to die for was one of the many artists whose music contributed to the success of the 90’s era.
This Grammy nominated, star search alumni, singer and actress left us begging for more of her angelic high notes and serenating voice. Currently on her 2nd season of her reality show “Flex and Shanice” alongside her husband, children, and a few opinionated family members, the singer is also working on new music, a onesie line, and possibly some acting? Hmmmm. Rnb Magazine has all the tea for you on Ms. Shanice’s upcoming ventures, how she sustains her beautiful marriage, and balancing it all. Check it out for yourself.
1. I read you signed your first record deal at 11. Tell me how does a preteen feel signing a deal with a major record label?
I was so excited because at that age I knew what I wanted to do. I was never forced in the industry. My mom and my aunt stayed together so we lived in Pittsburgh, got on the Greyhound bus, came from Pittsburgh to California so that they could pursue their singing career. When we got to California, I was nine years old. I told my mom I wanted to do it too (sing and act). My mom sent me to a commercial agent. I went out on my first audition. I booked the Kentucky Fried Chicken commercial with Ella Fitzgerald. I knew what I wanted to do so my mom put me in stage plays. Fitzgerald mother put me in a couple of her plays and after the play called “Get Happy” which was about the music of Harold Arlens. He wrote all the “Wizard of Oz” music. I sang in the play and John McClain who worked for A&M records heard my singing and signed me but also I did star search at that time so that helped as well. I had a normal childhood. My mom didn’t pull me out of school. At school, people didn’t treat me differently so I don’t feel like I missed out on my childhood. My mom kept it very normal for me.

2. Not only are you a singer but an actress as well. You were the first black performer to star as the role of Eponine in the Broadway musical Les Miserables. Tell me a little about that.
I was the first African American to play Eponine in Les Miserables. It was definitely a great experience. One thing about doing musicals is that it’s definitely not television. If you make a mistake you better keep it rolling. I used to be nervous the original nights. I used to say “I can’t be nervous. I gotta do it.” But it was fun. I learned a lot. It was the best experience ever.

3. Let’s talk about your reality show Flex and Shanice. Were you hesitant or nervous initially before filming? How did your family first react to you approaching them on the opportunity?
No I wasn’t nervous or hesitant because it was actually my idea. Seven years ago I asked my husband to do a show and my husband was like “No. I’m never doing it. I’m an actor.” He thought that people wouldn’t take him serious as an actor if he does reality t.v. and at the time his management and agent and everybody told him that “if you do that than they won’t take you serious and put you in big movies.” What I did was I wrote a check and I wrote “reality show” on it. That was in 2007 and I had a vision board and I put Ms. Winfrey’s (Oprah) name on it and several other things as well. We went through a lot. We lost our home. We lost our cars. We lost our money. We lost everything. My husband said “you know what. I think this is the time we tell our story.” Now we have a story to tell. We can bless and help others out there going through similar things. We can encourage them not to give up. That’s how it all started. My husband said “okay I’m ready now.” So what we did was we got some college students and we shot. We brought in our production company and asked to help us out. We went to our first meeting which was at OWN and we pitched the idea. We didn’t even leave the building and they were like “don’t go anywhere else.” So it was our first and last meeting with OWN. My family didn’t mind at all. My kids. I didn’t want them to want to be in the industry but they love the camera. They were so excited. Everyone was excited.

4. It’s hard for any woman to raise a family and balance a career. I know it’s extremely hard juggling a career in the music industry and building on your singing career. How do you handle all this and what advice can you give other women out there trying to do the same?
By the grace of God (laughs). It’s not easy, but it’s worth it. I love my career. I love my children. There’s eight of us in our home. If I have to work or fly out of town, I know that my kids are safe. That takes a load off of me. My mom is here. If I’m gone, Flex is here or if Flex is gone, I’m here. It kind of all works out. My family has been such a blessing. My cousin Louba does everything for me. He helps me so much. I don’t know what I would do without him. I know a lot of people are looking at it like “how the hell are all those people living in this house?” but for us, it tends to work.

5. You’ve been married for a little over 15 years. Nowadays it’s hard sustaining a relationship let alone marriage with social media dominating our society. Tell me what’s your secret and the secret to a successful relationship?
Prayer definitely number one. Communication. You have to make it fun. You have to enjoy each other. You have to enjoy your best friend. Flex is a comedian so all we do is laugh and even when we lost our house he found humor in that. I’m not saying our marriage is perfect because it’s not. We have our days where he gets on my nerves and I get on his nerves. We got married because divorce is not an option. So whatever we’re going through at the moment, we’re like “okay how can we work this thing out?” That’s pretty much how it works for us. We like having date nights. Everything you did to get you there, you have to continue throughout your marriage. You can’t try hard in the beginning and once you get married you give up. You have to make it up. You have to work on it. Just because you get into one little argument you can’t say “okay I’m divorcing you.” You have to work it out.

6. Season 2 we will see a lot of you working on your new album and working with Mali Hunter. Tell me how does it feel being back in the studio writing again?
It feels great. I feel at home. Dating back to the age of 11 when I signed to A&M records. This is where I’ve always gone most of my life. It’s exciting. I feel like a new artist. I know it’s been a minute. Going back in feels brand new all over again. It’s just been exciting. I’m just go grateful. My first album came out in the 80’s and “I love your smile” came out in the 90’s. I’m just like “wow I’ve made it through the 80’s, 90’s and now 2000’s.” It’s just a blessing to have been around this long. I’m super excited. I can’t do it by myself. I have a great team. I’m working with some Grammy award winning producers. Ne-yo. Steve Russell who was in the group Troop who’s also like my brother. Balewa who has written for everybody from Christina Aguilera to Rihanna. I am working with some amazing writers and producers. Group chambers. I’m happy. It’s hard to do it by yourself but now I’ve been praying for the right team and I finally feel like I have the right team.

7. What does 2015 have in store for Shanice?
This year I’m working on my onesie line so I would love for everyone to purchase one of my onesies. I will have it ready by August so hopefully that will be successful. I’m putting out some music. Our show is currently on. Every Saturday at 10 please tune into own and support our show. After the music is released, I definitely want to get out there and do some touring. I want to do some acting so. I want to get an agent and start auditioning for roles.

8. Anything else you would like to add?
I want to thank everybody for supporting us. We’re on our second season and we could not have done it without the support of everyone. I would love to stay in communication with everyone so you can tweet me @shaniceonline. Instagram @shaniceonline. On Facebook, Shanice Wilson. Thanks everybody for your support.

Now that we’ve got you reacquainted with the free-spirited soulstress, are you ready for some new music? I know I am. Make sure you purchase the infamous onesie’s and be on the lookout for much, much more.
Don’t forget to watch “Flex and Shanice” on OWN Saturday’s at 10/9C

To purchase and get a first listen of Shanice’s new single, “Another Lonely Day,” visit iTunes: http://syntax.cr/1SC2OvF 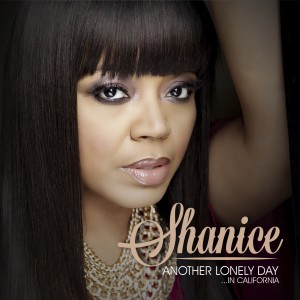 Why is January 1 the Beginning of a New Year?