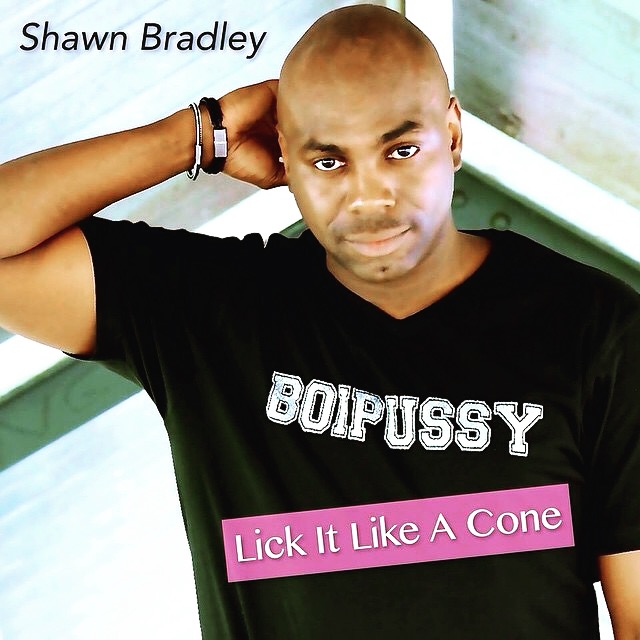 We have become accustomed to hearing celebrity gossip on blogs, the news, and through social media, but what many have been as they like to call it ‘sleeping’ on is vloggers. Vlogging is similar to blogging, but instead of telling a story writing articles, vloggers create videos, sometimes funny videos. No scratch that. Vloggers are funny as hell and make the simplest shade oh so funny.
This vlogger I am about to introduce you to is one of the funniest vloggers on YouTube. With over four thousand subscribers over a thousand views each time he posts a vlog, Shawn Bradley keeps the funny coming and boy when he gives it to you, he gives it to you. Tea with extra sugar! He delivers possibly one of the funniest vlogs on YouTube on all our favorite shows, award shows, reality shows, and celebrity drama.
When he isn’t bringing us the funny, he is being a dad and an awesome dad to children he fosters.
Rnb Magazine had the pleasure to interview the next generation of funny and pick his brain on how he became so hilarious, his inspirations, his career, and much more.

1.) Tell me a little about Shawn Bradley. Hometown? Likes? Dislikes?

Well, let’s see. I’m a southern boy. I come from a small town called Columbia, LA. We had four elementary schools, one junior high and one high school. I knew everyone and everyone knew me. I was raised by my grandparents so I have a lot of no nonsense old school ways, which can drive my kids crazy at times but it keeps them in line for the most part. I’ve been a foster parent for five years now. I mainly focus on the kids 17-20 years old, because no one really wants to take them on. They can be a handful; however they are the demographic that need guidance the most since they will be on their own in a few years. I do my best to prepare them for the real world.

I love listening to audiobooks, it’s allows me to expand my frame for reference yet at the same time I’m free to accomplish other tasks. It’s all about multitasking. I don’t like liars or disloyalty. Once my perception of a person changes it’s hard for me to see them in any other light. Da Side Eye Is Eternal

2.) I watched your youtube videos. You are hilarious! Would you consider yourself a comedian?

Thank you, I would say yes I do. I have a comedy CD on iTunes called “A Bottom Like Me”. It’s weird, I never thought I was funny and often times I still don’t. I call it just being me. When people watch me on YouTube or listen to my comedy CD, that is me being open and honest about who and what I am, as well as my beliefs, the benefit is that people find me funny. The way I talk on YouTube or in any other medium is the same way I talk to my best friends. I can only be me and luckily people find me entertaining.

3.) Who were/are some of your favorite comedians/vloggers?

4.) What incited/inspired you to start vlogging?

Funny you should ask. I didn’t even know what vlogging was. All I knew about YouTube was that you could watch music videos and movie clips. I had no idea that a community built of YouTubers and Subscribers existed. It was an accident really. I started this internet talk show called Guys At Brunch and we needed a venue where we could upload our videos at a cheap price, so I researched YouTube and found out it was free and easily accessible to the public. Once Guys At Brunch got started people started commenting on how funny my commentary/opinions were. That’s when I decided to create a comedy CD and then from there I got the courage to start my own YouTube Channel and here I am.

5.) I heard you sing on your youtube videos. You sound amazing! I see you released your single “Lick It Like A Cone.” Is music something you will pursue as well.

Thank you so much, I love music. I’ve been writing since I was about 13 years old. I have all of these songs that I’ve written over the years so I decided to so put some of it out there. I was shy at first about it, but then I started singing on my channel and people liked hearing it and I started doing parodies mixing my music with comedy and it just built from there. I definitely plan to pursue music. I’m working on my first EP now, which will be titled Basic Bitch.

6.) What’s your secret to “keeping it funny” and keeping viewers entertained?

Honestly, I don’t have a secret. I’m just being myself. I know that sounds cliché but it’s the truth. When I film my vlogs 95% of the time, I don’t write notes or an outline. I just get in front of the camera and let have. On Guys At Brunch I never wanted my fellow co-host to tell me their choice of topic discussion prior to filming the show. I wanted to hear the gossip/news at the same time the viewers are hearing it as well. That way my facial expressions and reactions were authentic and it came across as such. So again I would say just be yourself because if you try being something that you’re not people will see right through it.

7.) What were goals for yourself as a child? Did you see yourself doing vlogs?

As kid I wanted to be a corporate lawyer. Then the show Ally McBeal came on and I really wanted to be a lawyer. I would write to law offices in New York City all the time. However I joined the ARMY and found myself in Military Intelligence as a Morse Code Translator and now I’m an IT Professional. Doing vlogs was never a thought. I know that there are YouTubers that make a living from YouTube, however that’s not me and I don’t want that to be me. YouTube for me is a hobby that I stumbled across and if I make money from it great and if I don’t it’s just a hobby, not a way of life. I might make a t-shirt that says “YouTube is a hobby”.

8.) What do you do on your spare time when you aren’t making hilarious videos?

In my spare time, which I rarely have, I’m writing songs. Most of my time is taken up by raising my sons and trying to steer them in the right direction, work and school. I have my bachelors in IT; however I’m going to be making a career change and going into nursing. I want to become a Nurse Anesthetists.

Well this has been an interesting year. I’m more so focused on my growth as an artist and growing my brand. I’m currently filming a reality web-series called City Boyz, so I’m really excited about that. I’m recording my Basic Bitch EP and by demand from my YouTube Subscribers I will be releasing a t-shirt line with my most popular phrases. It’s a lot to juggle but all things through Christ is possible.

I want to thank you so much for this opportunity, I really appreciate the support.
Shawn Bradley

Make sure you guys tune in to Shawn Bradley on a regular and support. It takes a lot of courage to get in front of a camera weekly and spit jokes, and funny jokes at that. He tells the truth and nothing but the truth, so help him funny. Follow his social medias and on YouTube @ sayShawnBradley. I’d like to thank Shawn for taking the time out to allow Rnb Magazine into realm of funny and keepin’ it 100 percent real!

What is Unconditional Love Between Partners? (RNB Magazine TV Exclusive)

Dear Beautiful: A Letter To The Broken-Hearted Girl | RnB #13

In Your City – Los Angeles: THE STANDARD