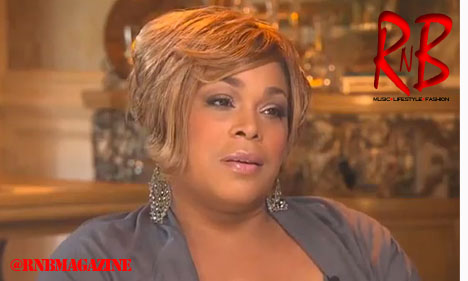 T-Boz of TLC has been very public about her long-time battle with sickle cell anemia, and now the singer has revealed that her doctors found a tumor in her brain.

“I started having headaches. They were so frequent; something was wrong,” T-Boz told CNN’s Dr. Sanjay Gupta. “My doctor called but his voice sounded funny. And I said, ‘You’re going to say something like I have a brain tumor or something right?’ And he got quiet.”

Fortunately, T-Boz found a surgeon who successfully took out the tumor, leaving her with one side effect: poor balance. In her recovery, she’s educating others on sickle cell anemia and working on new music with a positive message.

She also told Gupta that when she was first diagnosed with sickle cell animia, doctors said she wouldn’t live past 30. She’s now 39.

“Doctors, they didn’t give me a happy ending,” T-Boz said. “‘You won’t live past 30, you’ll be disabled your whole life. You’ll never have kids. I was looking around the room like, ‘I don’t know who he’s talking to cause that’s not my story.”

Beyonce Duets with Mary J Blige on ‘My Life II’

Selfless Snaps: Alicia Keys + J.Lo Meet Up in London Ahead of Chime for Change Concert

Jennifer Hudson & Ne-Yo with Rick Ross – Think Like A Man...