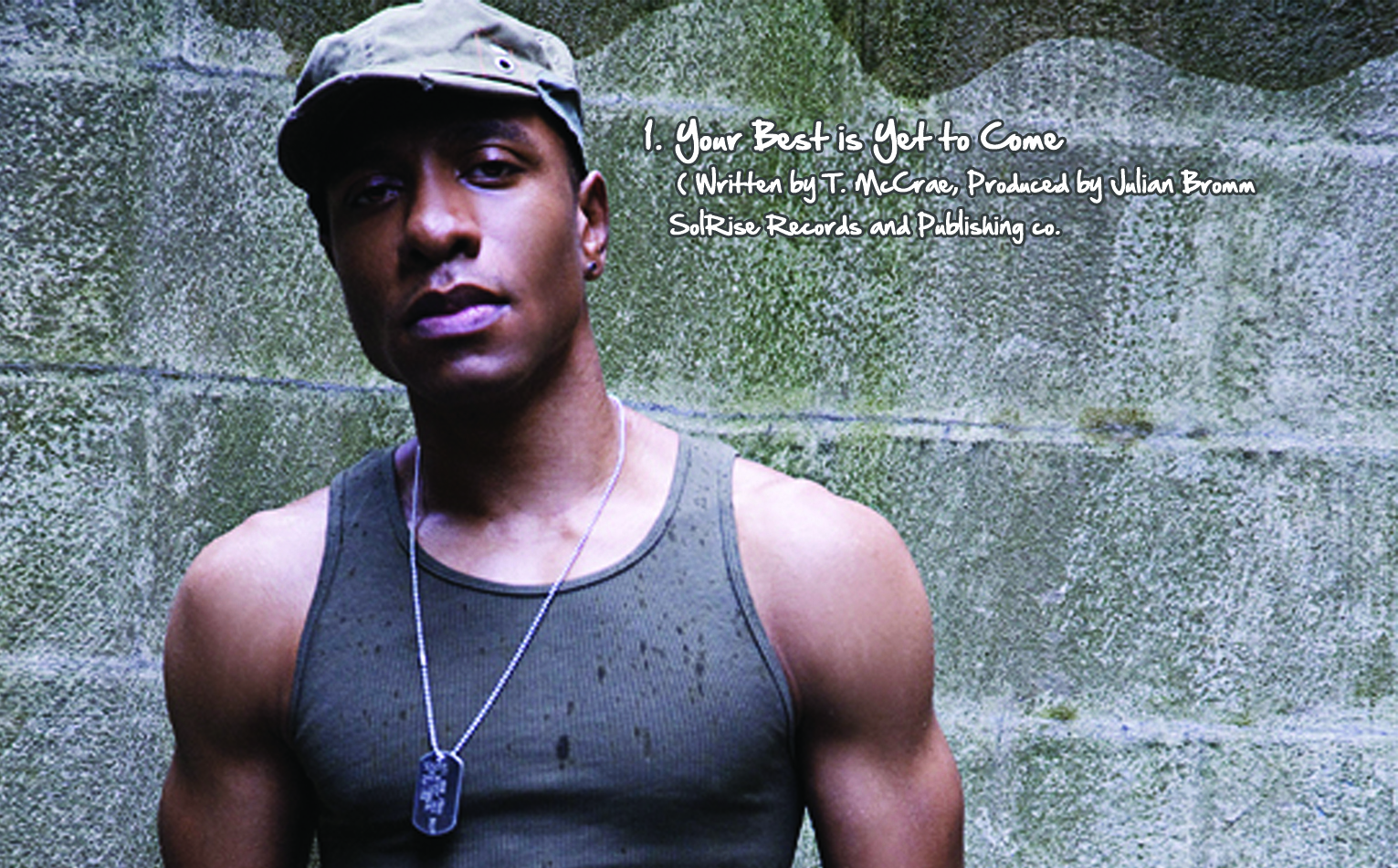 Here’s an indepth interview and behind the scenes video footage of the photo shoot of OMA music award nominated recording artist, T. McCrae’s New Hit single “Your Best is Yet to Come” (dedicated to the “It Gets Better” project)

New York born and bred, “Deeply soulful”, “Thought Provoking” inspirational RandB/Dance music singer, song writing vocalist, OMA music award nominee, and human rights advocate, T. McCrae, made quite a mark with his debut dance hit single “Still Growing” on DJ Neil Sexton’s radio show in London, England. He continues to make an impressive mark in popular music with his powerful, soulful soultry vocals in his current Dance/Soulful Pop single “Step My Game Up”, which has graced a variety of national and international top 40 radio stations like Provence Radio in Paris France, Alix Radio in Paris France, OffTheChart Radio in London, CIBL 101.5 Radio in Montreal Canada, Joy 94.9 Radio in Melbourne Australia, BlurFM in Beunos Aires Argentina, Urban Radio in Greece, and XMusicRadio and Smooth Jams Radio in the US.
T. McCrae will be releasing his next single, “Your Best is Yet To Come”, dedicated to the “It Gets Better” project, in August of 2012. He will also make his debut cameo in an independent film titled “Love Fit to Box” by Michael Jackson tribute artist and film producer, J Moses Harper.
http://www.facebook.com/TMcCraeTyranGem
http://www.faceboo.com/TMcCrae
http://www.reverbnation.com/TMcCrae
http://www.twitter.com/TMcCraeMusic
http://www.tyrangem.webs.com
previous post

T. McCrae – “Your Best is Yet to Come” dedicated to the “It Gets Better” project