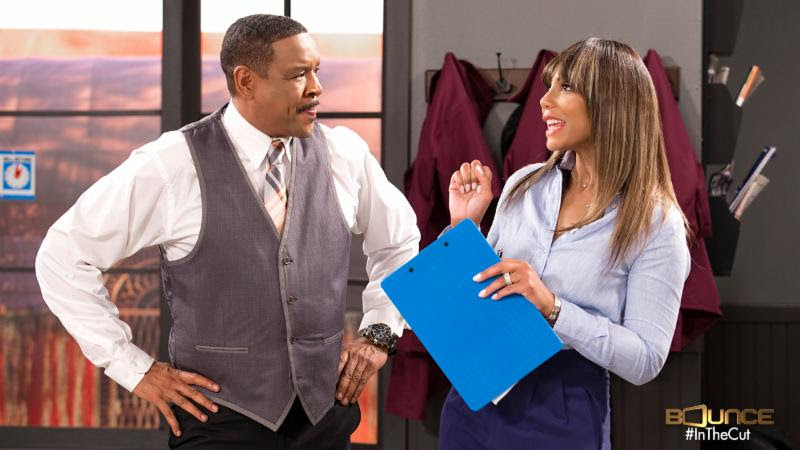 Three-time Grammy nominated singer and TV personality Tamar Braxton will air on an all new episode of Bounce T.V’s hit sitcom In The Cut.

In The Cut follows barbershop owner Jay “The Dream” Weaver (Dorien Wilson) as he bonds with the adult son he never knew he had, Kenny, played by actor Ken Lawson. When Jay isn’t making up for lost time with his son, he is balancing working alongside his boisterous employees, managing his attraction to Cheryl (Kellita Smith), and dealing with the competition from the new co-owner of the beauty salon next door.

You can catch new episodes of In The Cut Tuesday nights at 9pm ET/8pm CT on Bounce.