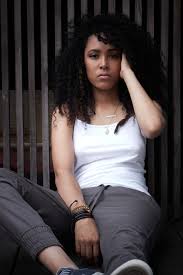 [dropcap]A[/dropcap] Canton Ohio native, the up and coming RnB-Soul-Songster Tangina Stone has come far from her big move to New York, where she knew no one. Since then she has gained serious fan base from becoming a New York social butterfly in the music industry. Late this September, Stone released her first EP called The Fall, which is an RnB symphony telling an encouraging story of losing it all, and regaining everything back through the sensation of love. The Album Includes 6 tracks that take its listeners through a journey of loss,pain, strength, and love. The biggest hit of the EP, Suntan gained enough revenue to become debuted for an episode of VH1’s Love & Hip Hop Hollywood series. According to Stones website, the show aired on september 26th, 2014. Additionally, Stone has just released another hit single on her recent EP, called Cops. The track displays an unhealthy relationship that ultimately ends with a call to the Cops. The tack is available on iTunes, and with over 4,500 plays on Soundcloud, Stone is on the fast track to fame.

ZAYN Collabs With Timbaland On New Single “Too Much”

Something HOT is Coming to TV One! Check Out Our New Born...