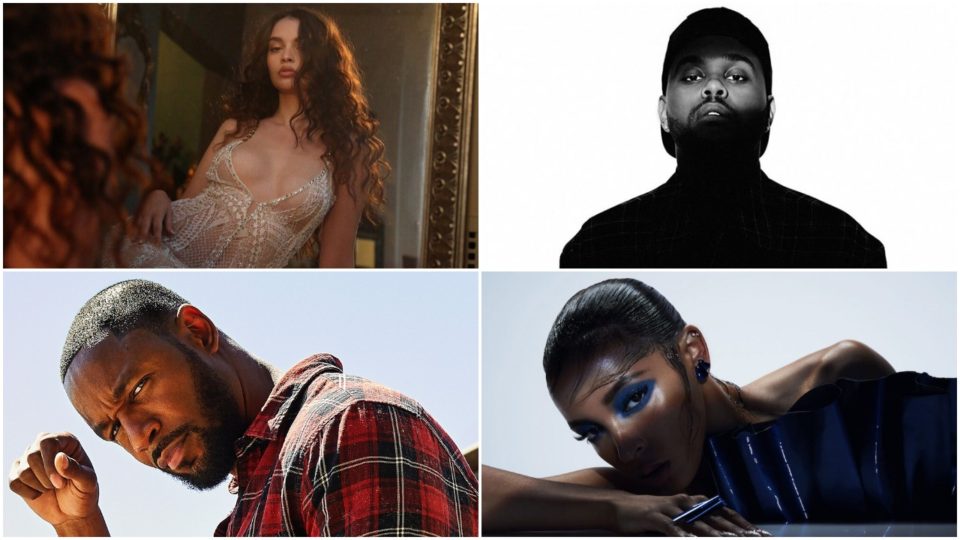 The best R&B songs of 2018 continue to be a staple of popular music. The 2018 R&B charts are always filled with a lot of talent, so it’s definitely a challenge to find the best ballads.

We’ve compiled a list of some of this year’s strongest ballads in R&B for your pleasure in no particular order.

Stream and enjoy the smooth sounds:

In a recent interview with Consequence of Sound, Tinashe stated: “I recorded “Salt” in my bedroom, mixed it myself. It was just a record that always really stood out to me and was just like a vibe that was different from a lot of the other stuff that I did. I think thematically speaking, it really tells a cool story because I think we all go through you know, heartbreak or whatever, and it’s all about how you deal with it. In this particular instance, it’s about wanting someone to go easy on you instead of trying to make your life miserable. It’s something I’ve definitely been through in a breakup.”

2. Sabrina Claudio – All To You

After being featured on the Fifty Shades Freed soundtrack, Sabrina Claudio came back with two brand new tracks “All to You” and “Don’t Let Me Down”.  “All to You” was written by Claudio and inspired by the “power of a woman’s mind and body,” according to a press release. “Desire’s burning / Your hands are sweating / When did this room catch fire? / Is it that good? / My love, my flower / Is she that good?” she sings on the sultry song.

Following the release of “Call Out My Name,” fans were quick to analyze the lyrics, and assumed the song is about The Weeknd’s ex-girlfriend, Selena Gomez. “We found each other/I helped you out of a broken place,” he sings. “You gave me comfort/But falling for you was my mistake.”

The song can be found on The Weeknd’s latest project, My Dear Melancholy,. Released on March 29, the six-track offering features only one guest appearance from French artist Gesaffelstein.

Jessie and Daniel are two Toronto artists that are coming up in the game and making themselves known. They recently shared a studio version of the duet they debuted at the 2018 Juno Awards. Caesar was among the winners at the Canadian ceremony and he joins Reyez on a new version of her song “Figures, A Reprise,” adding his delicate vocals to the mix. Reyez was also a winner at the 2018 Junos, taking home the prize for Breakthrough Artist of the Year.

On Instagram Bellinger stated: “When we first came up with this song, we had no intentions on putting it out for Valentine’s Day lol Me & my brother @theheir were just goin through beats & it was 1 of 19 Voice Notes that I recorded that day while listening to new waves. I was originally thinking more so along the lines of an Everyday Valentine rather than the Holiday. We never ended up doin anything with the song so when February came around it just felt right to give it to the people. They need it! Women need it! Men need it! The world needs it! It’s crazy because I’ve been seeing & hearing a lot of releases this year and a lot of hearts have gone cold. Such a negative vibe around this time… I’m just glad I been blessed with the ability to articulate Love in a way that ONLY I can!!!! Figured I’d take it back to the basics with this one…”

“Long As I Live” is one of several tracks from Sex and Cigarettes that Toni co-wrote and co-produced. The album is also featured a collaboration with Colbie Caillat called “My Heart.”

Written by Sinéad and produced by GRADES (NAO, Tove Lo, Little Boots), Sinéad explains on the new single, “I was inspired by finding myself in a situation I wasn’t ready to leave, but that had to end. GRADES always seems to be around when something dramatic like that is going on. He started playing the ‘Body’ chords & the song came straight away. Conceptually it was a fantasy song but in reality it was a ‘goodbye’ song for me.”

R&B veteran Tank released his seductively soulful eighth studio album, Savage, and was greeted by thriving viral streams. The album’s leading single “When We,” became his first Billboard Hot 100 entry as a solo artist. In an Interview with Billboard Tank stated: “I think Savage... even my seventh album, Sex, Love & Pain II, we’re just settled into [creatively]. We were doing it, the way we want to do it. It has been very unapologetic. The process was very much on our own terms. It has felt like, “I don’t care what everybody else is doing.” We just have to do us. And, we see where the chips fall.”

Mark Zuckerberg Bringing Facebook to Remote Areas of Africa in 2016 Via...