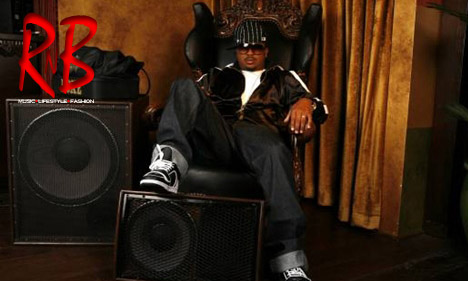 Singer-songwriter The-Dream has defied his superiors at Def Jam and has promised to release a free album under his birth given name although the singer is still under contract with the major recording label to release his fourth studio LP. The 34-year-old Atlanta native took to his Twitter yesterday (August 1) to make the announcement and continued with some passionate tweets regarding the decision today as well.

A fired up Dream in a series of tweets offered, “LP4 is Underway I THE-DREAM have decided to go forward with “Diary Of A Madman” LP it almost didnt happen. So ill be in my DefJam uniform… for atleast one More Season! Also a free 10 song Internet album will be released by Aug 31st. LP 4 because of the Contract negotiations….. does not have a date but it will be released 4th quarter but i will give a 10 song Internet LP while you guys wait!!!! LOVE YOU.”

The singer born Terius Nash will title his new freebie album after himself and his year of birth, according to his tweets. “The Internet LP is entitled ‘1977’ and will be released under my real name Terius Nash not The-Dream. Shooting Videos for 1977 all this week,” said The Dream. He added, “The “TERIUS NASH EST. 1977” is very personal and to my Fans!” The Dream’s Def Jam bosses are reportedly not happy about the Grammy Award winning songwriter’s plans. “BTW NO ONE AT DEFJAM IS HAPPY ABOUT A FREE ALBUM LOL…. they are trying to stop it!” tweeted Nash.

Earlier this afternoon, The Dream gave a heartfelt thanks to fans on Twitter and in a moment of humility shared that he isn’t afraid of losing citing that his songwriter career affords him the freedom to give away tunes to his supporters. “When its time to make money we do, Right now its time to give back. 1977 Track listing will appear on Radiokillanation.com Aug 20th,” tweeted The Dream.

Taylor Mallory – “You Do It” (Official Video) Level Next Music

John Legend Reaches Out to Kanye West About His Problematic Tweets