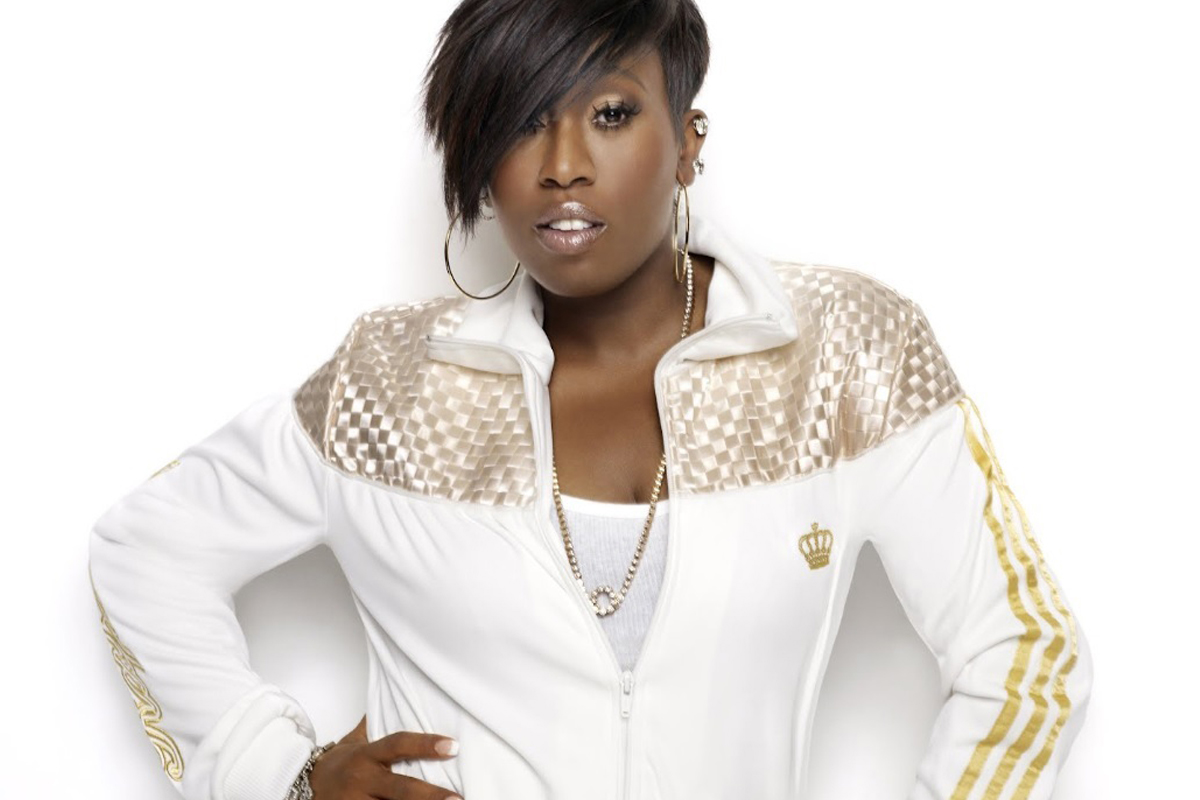 Ra-ta-ta-ta-ta-ta-ta-ta-ta-ta. Why-thai,- thai, -thai-o-toy-o-thai-thai. Rock-thai-,-tha-o-toy-o-thai-thai. The illustrious Miss Missy Misdemeanor Elliott is widely known for her animatedly creative videos and her ability to conjure a group of words together and create versus such as this that dominated the radios. Her dope skills as a rapper, songwriter, producer, and overall entertainer has led her to Grammy Awards, MTV music video awards, BET awards, Soul Train Music awards-I mean the list goes on and on and on and…well you get the picture.

When Missy linked up with childhood friend Timbaland to write and produce songs for Aaliyah’s double platinum album One In A Million, we knew she was a force to be reckoned with. The album included singles “If Your Girl Only Knew,” “One In A Million,” and “4 Page Letter,” all in which were written and produced by our girl Missy and Timbaland. Missy previously written on Jodeci’s album and helped pin some of the hottest tracks for Destiny’s Child and Total.

Not only is Missy writing and slaying music for herself as well as others, but has been featured on some of the hottest collabs for some of Rnb and rap’s greatest. One collab that will go down in history is one in which she also co-produced, “Lady Marmalade.” Alongside Pink, Lil Kim, Christina Aguilera, and Mya, Missy helped pin the sexually charged song. This song held the number one spot on Billboard’s Hot 100 for weeks.

Since we’re talking about collabs, we can’t forget to mention her infamous collabs with Ms. 1, 2 step a.k.a Ci-Ci. Missy was one of the most sought after songwriters and producers so you know she had to hook up with A-town’s finest, Ciara. For the second single “1, 2 Step” off her debut album Goodies, Ciara enlisted the writing expertise of this Grammy winning artist. The song is written by both Ciara and Missy with a Jazze Pha beat. “Lose Control” is another example of what happens when these two women get in the studio together. This song was written and produced by Elliott offering us a fun, dance track that had us movin’ an groovin’. “1, 2 Step” was nominated twice for a Grammy, winning once, nominated for six MTV Video Music Awards, winning two, and nominated for three Soul Train Music Awards, and has won at the Best R&B/Soul or Rap Music Video award at the Soul Train Lady of Soul Awards.

Let’s not forget the work she has done for some of today’s artists. She helped write and produce Jazmine Sullivan’s “Need U Bad” off of her 2008 album Fearless. This song paid homage to Reggae giving us that “when soul music meets Caribbean music” feel. Not only did Missy help her kill this song but also “Holding You Down (Goin’ in Circles)” on her second album Love Me Back.

I know we all remember her on Keyshia Cole’s track “Let It Go.” “I don’t want yo man cause I got it like that, but it ain’t even gotta be like that.” Yeah…that track. It reached Billboard’s Hot 100, was nominated for a Grammy in 2008, and (yes there is an and) was Keyshia’s first number one hit. That’s what a good ol’ Missy song will do for ya!

Before we end we can’t mention Missy and writing and producing without mentioning her OWN music! That would be absurd. I guess I forgot to discuss it with all these other Grammy winning songs she’s done. Sheesh! Damn Missy you that chick! Well let’s talk about her first album Supa Dupa Fly which made its debut in 1996/1997. This album was just the beginning of her career as a legend. One of my personal favorites was “The Rain (Supa Dupa Fly). I mean…what’s not to love about this song? “I can’t stand the rain, ‘gainst my window.” The song was dope. The video was even doper-featuring appearances by Total, Lil Kim, and so forth. The beat was poppin’. Just fire!

Okay now I know we all remember this next song. Once the beat drops, we’re already bouncing our heads. It had a guest appearance by Da Brat and was one of my favs. “Ohh Ahh, Sock It To Me like you want to…I can take it like a pro and you’ll know.” Damn I love that sh*t. Written by Missy, Timbaland, and others, this song broke the charts.

What can’t Missy do? After winning Grammy after Grammy, award after award, and receiving nomination after nomination, this woman deserves a trophy. Oops she already has a few of those. Truth be told, she is an icon. Not only for writing and producing for herself, but others as well. Her sound is like no other. She is able to create music to match any artist’s personality and style. Hell, we are still talking about her music from the 90’s and nearly twenty years has passed. Yep that’s right. Our girl Missy has been in the game for over twenty years. So what does that tell you? Her music is timeless. Her work is timeless. She is timeless.

Just One More Reason to Love Chance The Rapper