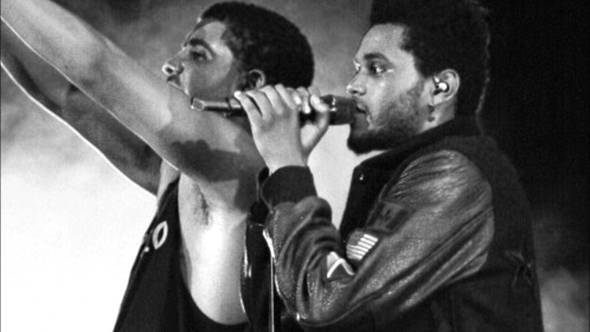 Hip Hop & RnB sales had a few changes with the new comer Fetty Wap. The single “679” to a leap from #5 to #3 taken both Macklemore and The Weekends spots. R&B is still struggling with only two songs being in the Top 20 getting a increase in sales. (#RnBisAlivewithMe).

The Weekend Remains at #1 With The Hills

Sales had a 5% drop but the song is still running the charts. The Weekend had 104,651 units sold of the track during the seven days leading to Oct 1. Currently its sitting at 1,587,701 units since its official release

Fetty Wap’s “679” Jumps To #3Fetty Wap’s sound is really doing it for the air waves and the sales in Hip Hop & RnB. The single 679 is experiencing alot of growth as it jumps to #3 and a 4% bump in sales totaling 69459 units a during the seven days leading to October 1

It’s Christmas Time: The Braxtons Will Release A Christmas Album Later This Month

A RnB New Voices Exclusive: One Chance – Sexin On You (Official Video)

Are Tatyana Ali and Drake Dating?

Top 10 Health and Fitness Mobile Apps You Must Try