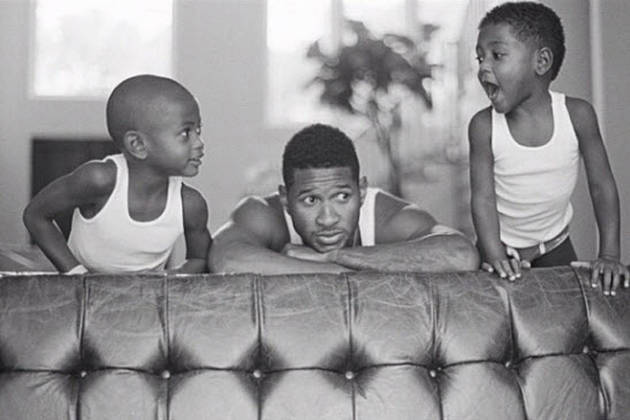 It is being reported, that Usher Raymond’s five-year-old son, nearly drowned after his hand became stuck in a drain. It is reported that the child nicknamed Cinco, was unconscious when he was pulled from the pool. Usher’s aunt made the 911 call, but it was actually two men that were working on the house that dived into the pool and saved the little boy. We are all praying for Cinco,

Daily News is reporting Usher’s ex-wife Tameka Foster is seeking custody. According to the latest report.

The drama began Monday when the boy ended up at the bottom of a pool behind a home in downtown Atlanta and became stuck in a drain, police said. He was trying to retrieve a toy, TMZ reported.

It was unclear if the home belonged to his famous father, but the child’s aunt, Rena Oden, was there. She, a housekeeper and a third woman tried to save the boy but failed, CNN reported.

That’s when two men who were working at the home as contractors came dashing to the rescue.

They dived in, freed the drowning child and pulled him out. One of the contractors gave the boy CPR — and he was “conscious, alert and breathing” by the time paramedics arrived, cops said. CNN identified the hero sound technician as Eugene Stachurski.

Before the ambulance showed up, Oden made a frantic phone call to 911. TMZ posted an audio recording. “My nephew was in the pool,” Oden tells the 911 operator. “I tried to get him … They got him right now out there with CPR.”

“Is he coming around?” she is heard asking. “He’s breathing!” she told the operator.

Usher, 34, and his ex-wife were by their son’s bedside Tuesday, TMZ said.

Doctors were expecting a full recovery, the site reported.

Usher Raymond 5th is the older of two brothers. His parents divorced in 2009 after two years of marriage and became embroiled in a legal battle over custody. Usher was awarded primary custody last year, TMZ said.

Foster, 42, is still recovering from last year’s death of another son — 11-year-old Kile Glover, her child with another man.

“My son is okay, but I have no further comment at this time,” she told CNN on Tuesday.

Please keep the Raymond-Foster family in your prayers tonight.