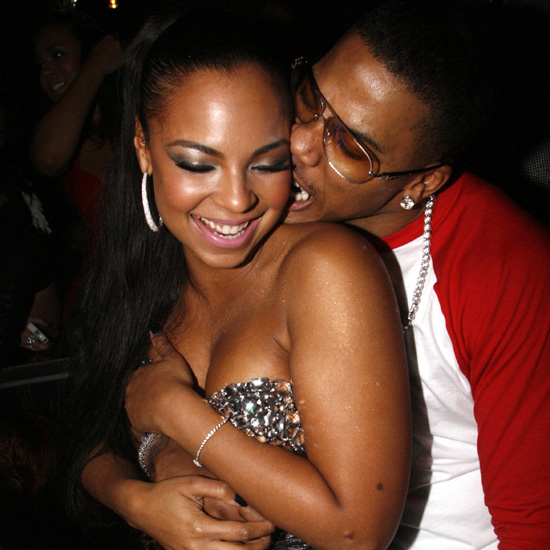 For years it seemed that Nelly and Ashanti tried to deny their relationship, but public appearances of the two together told fans what the real deal was. Ashanti 32, and Nelly 38, were a couple for at least five years. It may have been a smart thing to keep their relationship out of the public eye, but now the relationship has come to an end. Right after the reported breakup, Ashanti interviewed Nelly for Fuse’s Artist on Artist segment. It had to be an uncomfortable situation, but Ashanti handled her job like a pro as Nelly answered various questions, including what kind of women he likes. (Yikes.)

In recent interviews Ashanti danced around certain questions, such as if Nelly ever cheated on her. She gave answers like, “I mean things happen, people get hurt.” Hmm. And Nelly has been spotted out on more than one occasion with actress Tae Hackard, from The Game and ATL. Whatever happened with these two , Ashanti states that they are still good friends. We may never know the full story, but as cute a couple as these two made, maybe their relationship has seen the end of the road.

Kenny Lattimore on When Love Kills: The Falicia Blakely Story

The McClure Twins: New Episode – What We Really Think Of Our...