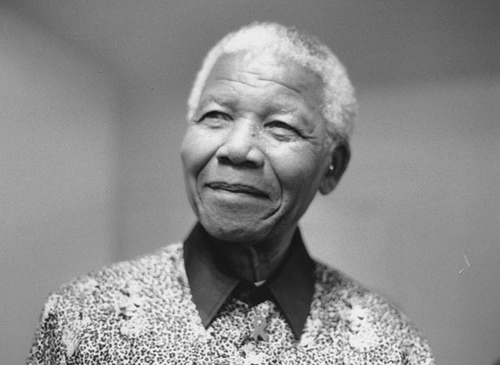 Icon. Leader. Activist. Father. Husband. Born Rolihlahla Dalibhunga Mandela in a small village of Transkei, South Africa on July 18, 1918, today Nelson Mandela celebrates his 94th birthday. A man known for his active role and leadership in the African National Congress (ANC) and the Umkhonto we Sizwe (MK), he spent 27 years in prison for his resistance against apartheid. Never compromising his political position in exchange for freedom, steadfast he became arguably the most significant black leader in South Africa. After his release from prison in 1990, Mandela went right back to work where he’d left off decades earlier becoming President of the ANC. Apartheid was eventually abolished in 1991. After being awarded the Nobel Peace Prize in 1993, he went on to be inaugurated as the President of South Africa in 1994.

Yesterday the nation still remembers his efforts to free South Africa from apartheid. Mandela spent a quiet day with family and friends but South Africans spent the day doing good deeds including building homes, performing free cataract eye surgery, and prison convicts volunteered to paint and cut grass at a village school. Sixty-seven minutes were volunteered towards projects for the needy. That is one minute for each year Mandela spent in public service. Local villagers sang happy birthday and some placed flowers outside of the Mandela home. Though there is still more work to be done in South Africa, the nation celebrates the life of Nelson Mandela. – Written by Just Jewel

Do You Have the Same Jewelry Style as Kendall Jenner?