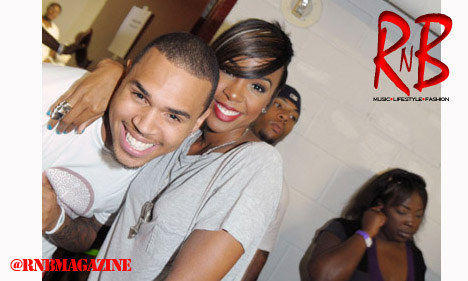 The R&B stars join forces this fall with more acts to come.  Kelly Rowland just put out her third solo album, Here I Am, on Tuesday (July 26), and plans for a subsequent tour are coming together nicely. The former Destiny’s Child singer has announced that she will be joining Chris Brown on tour in September, along with other yet-to-be-named stars.

Rowland revealed the news in an interview with New York radio personality Angie Martinez, and Brown confirmed it on Twitter. “Me and Kelly Rowland along with other incredible artists are going on tour!!!! I’ll let u know who else is on later! Lol,” he tweeted.

Speculation that Joe Jonas — who collaborates with Brown on the song “See No More” — will also join the tour has increased since the Jonas Brother admitted he would be honored by the privilege. However the final bill shakes out, Brown, who has recently been the subject of some less than flattering stories about his home life, will likely be happy to get out of the house.

Working It Out! Couples edition