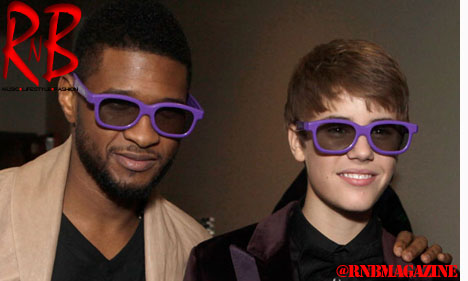 After releasing an original holiday song, “Mistletoe,” last Monday (Oct. 17), Justin Bieber kicks off this week by unveiling a cover of a Christmas classic — with a little help from his mentor, Usher. “The Christmas Song (Chestnuts Roasting on an Open Fire),” which will be included on the Biebs’ forthcoming Christmas album “Under The Mistletoe,” premiered on Ryan Seacrest’s syndicated radio show on Monday

Over a twinkling piano and finger snaps, Bieber lets his R&B vocal stylings shine before Usher joins in with a triumphant, “They know that Santa’s on his way!”

“This record is going to be remembered for years to come,” Usher told Seacrest on his radio show this morning. “It’s a record that has always been on of my favorites, and I’m happy that I was able to share it with Justin, and for us to put it out

T. McCrae – “Your Best is Yet to Come” dedicated to the “It Gets Better” project