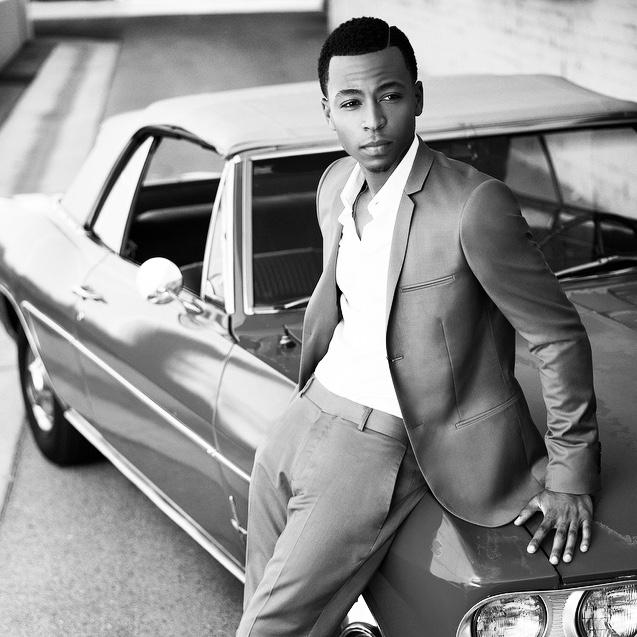 -Can you tell me a little about your upcoming EP The Awakening? The concept behind the title?

The Awakening is a full album. It is an LP with 13 tracks on it. I’m super excited about it. You can pre-order October 28th. I’m really ecstatic about the content that’s on there. I’m excited that it’s finally coming out. It’s been a long time coming and a very long process.

– When did you realize that music was your calling? Was music always something you wanted to pursue?

I realized that I wanted to be a singer probably sophomore year of high school. We always did Motown reviews every spring at my school and I played Stevie Wonder. Stevie is my all-time biggest inspiration. The reaction from the crowd felt great. I love the feeling that I get from listening to music. You just never know if you could reciprocate that to an audience, and they really resonated with it. It fuels the fire for me to say “man I wanna be a singer.” Everything else kind of came after that as far as songwriting and production. You know it just all kind of fell into place. I’m definitely grateful for all of my gifts.

– A lot of artists are going back to school. You attended Berklee College . How important was it for you to finish school and what role did college play in you as a person today?

It was very important for me to finish just because I needed it. I needed time to grow. I needed time to grow up. I needed time to network with fellow musicians. Berklee produces some of the best of the best talent who are in the business now. Not even necessarily go toe to toe, but to find yourself and discover who you are, what you’re great at and continue to sharpen that tool. For me, it wasn’t necessarily a competition between who’s the best singer. It was about who could develop their own sound and who could stand firm in that. I needed college to build an identity for myself that I could stand on. I kind of knew what kind of music I wanted to do.

– About a month or so ago you decided to re-release your video for “Be Great.” Can you tell me a little about your decision to re-release this track?

If I could, I would re-release it every month. Just because it’s always something going on. It always some type of social injustice that we have to endure or face way too often. I want to inspire my generation and the generation that’s coming up and the generation that came before us that we have to reach our full potential. That we have to be great at whatever God has blessed us with, whatever our gift is. Let’s be great at it, you know? I felt that it was necessary. The more visible that it could become, the more that people could change their mindset. I mean when the heavyweight champion of the world came out to my song, that really kind of changed everything for me as far as my perception of what I thought the record would be. I didn’t think he was playing it when he was working out in the gym, but he was. He came out to it so it became his soundtrack. It became his motivation. And he won that fight. I’m very glad that I can be the soundtrack to greatness for people just with that song. It’s more than a song, it’s a movement. That’s a song that will never die. What I’m so excited about is that’s the intro to my album. It’s always been an intro and I can’t wait for everybody else to hear the rest of it.

– You’ve worked with artists such as Jamie Foxx, TI, and Trey Songz. Are there any upcoming collaborations we can look forward to? Is there anyone you haven’t worked with that you would like to?

I’m really excited about this collaboration between me and BJ The Chicago Kid. We got this record called “Be Great” the remix.” It’s dope. It’s hard. I think that it gives me a different layer that I’ve always had. I just never really embraced it. But I’m really excited. BJ hoped on it, killed it. We did a visual. I’m really excited about that. I want people to look out for “Be Great” the remix with BJ The Chicago Kid. As far as other artists, I’m down to work with whomever just as long as we can be on one accord. I’m all about having a good time, vibing out, making good music, and making people feel good.

– I saw you recently perform at Lexus Verses and Flow. Great performance. How do you prepare to hit the stage?

I warm up. It takes about like 20 or 30 minutes to do. I have a couple of songs that I always warm up to. Like Joni Mitchell’s “Help Me” or Usher’s “Climax.” Those are two records that I do as far as my warm up. I always make sure I pray. I always remind myself that I’m necessary, that the performance is necessary in order for me to carry out the message more so than me trying to sound good. It’s about delivering a message to inspire, to uplift, to let people know if I can be on this journey to greatness and everything I hoped and dreamed I could be then they can too.

– What is the best advice you’ve received or given someone?

The best advice that I have been given was by my mom. My mom told me at a young age that only the strong survive and that’s the truth. You don’t have to be physically strong, but you definitely have to be mentally and spiritually strong. You have to be rooted in something. You gotta believe in something whether it’s whoever, whomever, whatever, you better be rooted in it. The world is getting crazier and crazier and more people are becoming lost, confused, frustrated and angry. Truly only the strong survive. As far as the advice I’ve given to people, be patient and be resilient in whatever you want to do in life, whatever your gift is, whatever your calling is. Never give up on it. Always understand that it’s about timing. It’s all in a matter of time. God is orchestrating things. You may be completely ready, but God is orchestrating other people to come into your life and into your path in order for things to manifest the way they are. Sometimes we rush things and we be mad at the results because we were too quick to pull the trigger and God wasn’t ready for us to move. I believe in that. I believe that God works on our behalf even when we’re not thinking about it, he’s already working. All we gotta do is prepare. Make the most of the time before the time of arrival.

Make sure you get The Awakening when it comes out for preorder October 28th. “Long Song Away” which is on radio. It was the most number one added song. It’s already number 20 on the charts. That means that people are really responding. The dj’s and people are really towards this. I want to thank each and every person who has been of help and been a support and make sure that these kind of records stay alive. RnB hasn’t gone anywhere. It’s taking different shapes and forms. I like where it’s going and I’m glad to be a part of it.

RnB Magazine would like to thank Kevin for a wonderful interview.

Make sure you pre-order The Awakening on October 28th.

Tinashe Opens Up About Breakup With Ben Simmons: “I Was In Love,...