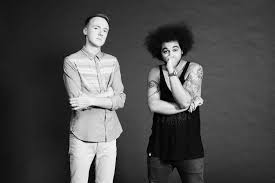 Lion KNGS is the collaboration of two male DJ’s; TK KAYEMBE and King Henry, the two reach past the DJ label and into a wide variety of music. Their newest single is called “2 Much” which features vocals by Santell who is a good friend of the two Dj’s. The RnB community seems to feel the vibes of the newly released track by artists with roots from the dance community. “In addition to the club hyphy stuff, we’ve been writing RnB and Pop music for the past year on the low. Here’s our latest joint with our homie Santell killing it on the vocals”, state the Lion KNGS via twitter.

The two DJ’s have played several times at L.A.’s Low End Theory Events, and they seem to express interest in expanding their electronic shows and music background to RnB, Rap, and Trap. “We will always write club music. We also will flex our creative muscles and write other fun stuff too”, stated Lion KNGS. The two DJ’s met in 2012 at EDC Las Vegas, from there they began making bass influenced songs, today they have evolved to mastering an almost limitless amount of genres. “we’re all about having fun and doing what we want without setting any boundaries or creative limitations”, states Lion KNGS via twitter.  Their rap and trap remixes are quite popular, but within the first day of their newest RnB song “2 Much” being released, it already has over 16,500 plays with only great reviews. With all the hype from “2 Much” featuring santell we can expect more RnB based singles in the future from Lion KNGS.

Virginia Boys On Tour This Fall