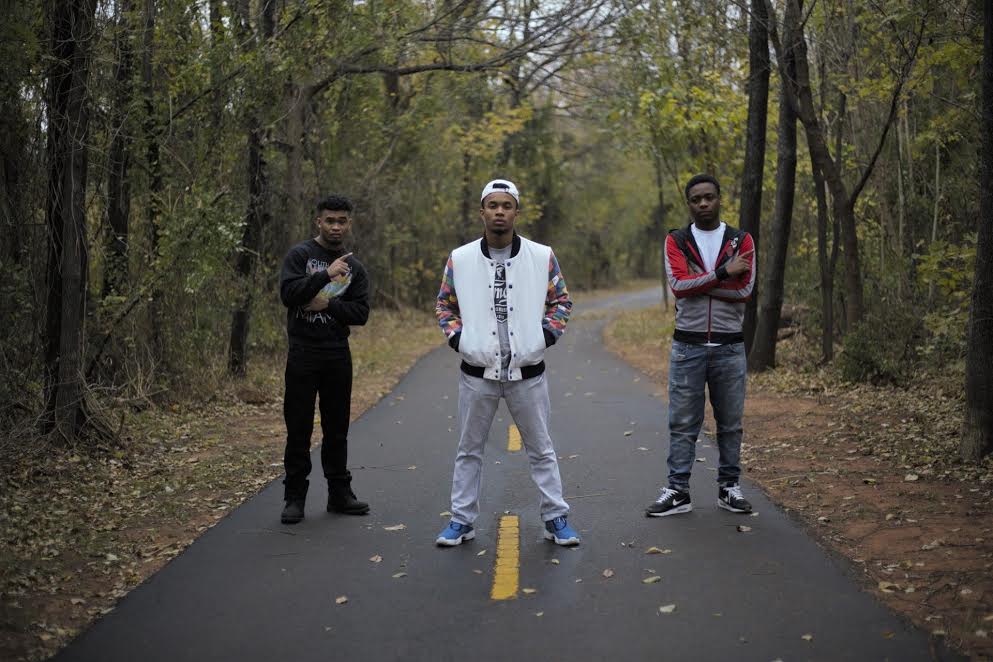 Hailing from The Midwest comes a brand new all-male RnB group, Opt1on 1. Kandon Stinson, Benjamin Printers, and Keimauree Willis, also known as Kamillian, Benofficial, and Mauryae, are Oklahoma natives who live less than ten miles from one another in Del City and Midwest City.

Their video for their single, “Roll With Me” has received 230k views on Facebook and 129k views on YouTube. The group has also been featured on Oklahoma’s Best Mixtape, Power 103.5, Thisis50, and Spinrilla. The RnB sensation has the look, sound, and presence to go far.

Get to know them below
*Questions answered by Kam.*

RnB: How did you all meet?
Opt1on 1: Kamillian and Mauryae met through church! Kamillian and Benofficial knew each other in high school but didn’t get musically interactive until their freshman year of college

RnB: Can each of you tell us when your love for music transpired?
Opt1on 1: 2 of us grew up singing in church while the other, dabbed in GarageBand which led into the love of music.

RnB: What was is like growing up in the midwest?
Opt1on 1: We are diverse on a lot of things because we get a lot of influences being that we’re in the Midwest. A lot of Different cultures and different backgrounds are out here.

RnB: How is it working in a group? Do you guys ever clash?
Opt1on 1: Yes we clash here and there like anyone but at the end of the day we still end up on the same page to get the job done.

RnB: There have been a plethora of male RnB groups over the last decade. B2k, Pretty Ricky, Mindless Behavior, etc. How would you guys differentiate yourselves from these other successful groups?
Opt1on 1: We are a little different because two of us are rappers and the other is a singer and also can rap while the other groups named were usually a straight singing group or vice versa which allows us to be more flexible with our music changing the way we sound ranging from Pop to R&B to straight hip-hop. There’s no limitations plus Option 1 was never put together by a label we are all friends who chose this dream under our own consent. We came from all the same area and we are like brothers even outside of the music.

RnB: What was the first song you guys ever recorded together?
Opt1on 1: The song was called “Let’s ride “and what’s funny is we recorded our first song in a gym room with a laptop and a mic with no pop filter!

RnB: Do you guys take turns writing your music or is it a collective group of ideas?
Opt1on 1: It’s Both really but it’s mainly a collection of ideas which forms greatness into every song we put out and record.

RnB: I’m sure the ladies want to know, are you guys single?
Opt1on 1: Definitely available and single!

RnB: What would be the ideal date?
Opt1on 1: Having a good time eating good and vibing with figuring each other out. It’s hard to give out the secrets to impressing a young lady we don’t want anybody stealing the mojo!

RnB: What do each of you look for in a girlfriend?
Opt1on 1: Beautiful outside and inside definitely has to be supportive and stable minded!

RnB: If you could work with one producer and one artist for an entire project, who would it be and why?
Opt1on 1: Anybody that challenges our music and takes it to the next level!

RnB: Are there any color labs we can look forward to in the near future?
Opt1on 1: Yes, we have several but we don’t want to speak on it! So be on the look out for them. Silent moves are the best moves.

RnB: What’s the next single and do you plan on touring anytime soon?
Opt1on 1: The single is called, “Jealousy” you can find it on Spotify and Apple Music and yes we do plan on touring here pretty soon in the next few months!

RnB: How can fans get a hold of you?
Opt1on 1: All social medias are @Opt1on1 check us out! We are young hungry and definitely on the come up!

RnB: Anything else you would like to say/add?
Opt1on 1: We are gonna be releasing new music and videos to accompany you, we also do skits, and relationship videos on our social media Opt1on 1! Add us on Instagram Instagram Facebook and twitter! We want to “inspire to impact ” join our movement as we ascend to new heights in our music career. Thank you and God bless!

Lose Weight Without Skipping the Turkey