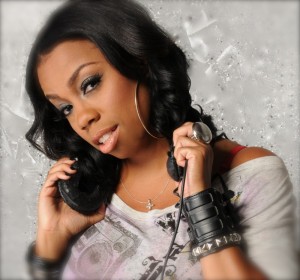 Nyticka Hemingway is an R&B/Soul artist from the suburbs of Central Jersey who comes from a musical family rooted in church and gospel music. Around the age of 9 or 10, she felt that music was apart of her DNA. She wanted to be a light or an instrument to show the world the gift God had blessed her with. She makes sure to give God all the praise for her talents.
Nyticka is one half of the dynamic writing production team 925, where here long time friend and business partner Chuck Young turn out hit songs. Her songs, coming from her heart, play a big part in her writing. Taking the truth out of life situations, whether being her own life or the life of someone she knows, she just loves to create music. She shared that one of her most creative places to write besides the studio, is in her car. Putting tracks on and just riding for hours upon hours writing and putting magic together. Having a team mate is the best because someone is always there to bounce ideas off of.
One of the greatest accomplishments of her career this far is being the co-writer of the smash hit “Superstar” which was on Usher’s multi-platinum selling album “Confessions”. The day that they came up with the hook she was in the studio experimenting and simging it, when a friend says “that’s a hit”. The song was written and it’s been history ever since.  Getting much attention, it made her believe that there was much more in her writing ability. She says that when that happened a lot of doors opened.
Nyticka was voted the Best RnB artist in South Jersey which came to her as a surprise. The day of the awards she was not in attendance, unaware that she was even nominated. When it was announced that she won, a phone call was received from a friend  while she was on the set of another independent film making a cameo appearance. Still to her this was a blessing and a honor.
Nyticka’s first mix tape “It’s Me” was well received and was more of a hip hop flavor. This was done on purpose, being that she is a true hip hop head. She often tells producers to send her the same beats they would send the rappers, not the “soft stuff”. She wanted to show her versatility. Her second mix tape “Me 2” is more of a heart felt mix tape where her fans can really connect with her voice. These songs have more concept and she feels it shows her growth from the first mix tape. Currently working on the third project in the trilogy, “Still Me” will be the best she feels. Ms. Hemingway plays the guitar a little but wants to get better at it. She is also learning everything there is to know about the studio. “Being a self contained artist is better…”, yet she feels she doesn’t want to wear to many hats to make her lose focus.
Nyticka would give this advice to up and coming artist; “Never lose faith and keep grinding. Everyone has a purpose and they should keep striving for it no matter what.” In the next 5 years Nyticka is hoping to be on her second album, touring from the United States to Europe, and has always wanted to go to Japan. She wants to keep growing as an artist and share her gift with the world. A lot of fans and people don’t know that she loves to cook and could also see an small restaurant in her future as well.
For Nyticka Hemingway the sky is not the limit, when you’re aiming to be a star. Her faith in God helps her along the way and she knows he guides her footsteps. He will also be with her along her journey in the music industry. She is said to have a sound that is sweet, satisfying, and will leave you wanting more. Be sure to check her and her music out. Respect and Love to Nyticka Hemingway.

Are You the Side Chic? 5 Tell-Tell Signs

The Black Panther Soundtrack Has Finally Arrived With Jorja Smith, The Weeknd, SZA, and More