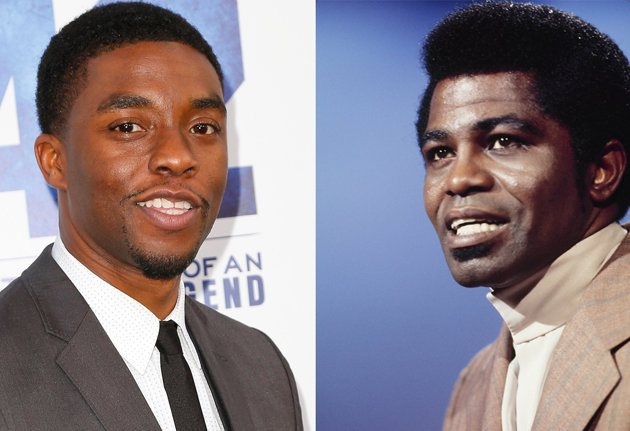 We’ve seen him portray Jackie Robinson in the movie “42.” Now 32 year old actor and writer, Chadwick Boseman, will depict the legendary and oh so funky, the Godfather of Soul, James Brown in “Get on Up.” Directed by Tate Taylor, “Get on Up” is the phenomenal story about James Brown-beginning with his childhood and his demise in December 2006, there are no restrictions or limitations in telling his story. We see the good, the bad, and the ugly. This movie is full of smooth moves and the most soulful music from the 1950’s and 1960’s. Not only will you be movin and groovin to his sensational music but we will also get to witness some of the greatest actors and actors play alongside Boseman; such as Octavia Spencer, Viola Davis, and Craig Robinson. So grab your friends, your girl, your dude, or whomever, and “Get on Up” to the theaters.