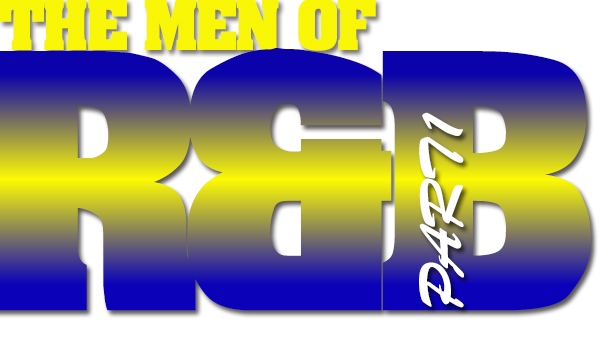 According to Malcolm Gladwell in his book The Tipping Point, in order for something to become a social epidemic it has to possess three factors; the Law of the Few, the Stickiness Factor, and the Power of Context.

Therefore if you take these determining factors and apply them to some of the greatest R& B singers to ever bless the mic you can see why even after their fanfare has faded within the mainstream people are still listening to their songs on their iPods and flocking to their concerts!

I’ve modified Gladwell’s theory a bit to showcase the career and influence (Law of Few), hit songs (Stickiness Factor), and number of albums and awards (Power of Context!)  So, let’s take a look at some of the movers and shakers in R&B in the late 80’s and 90’s and see how they stack up!

Law of the Few: R. Kelly jumped on the scene with his group Public Announcement, but he didn’t achieve mass appeal until he went solo and, proclaimed himself the “Pied Piper of R&B” Fans everywhere both male and female quickly jumped on to this producer, song writer, singer, and performer! His career is definitely a reflection of someone who hit the tipping point of mass appeal!

Stickiness Factor: “I Believe I can Fly”, “12 Play”, “Bump and Grind”, “Down Low (Nobody Has to Know”, as well as his Trapped in the Closet series…all helped cement R. Kelly’s status as one of the most influential singer-songwriters, and producers in music history! There was even a recent petition to have his song “Ignition” become the new National Anthem!

Checkout the video for “Bump and Grind” here

Law of the Few: Gerald Levert is the son of Eddie Levert from the O’Jays and along with his brother Sean and friend Marc Gordon jumped onto the music scene in the group Levert. He went solo in 1991 and that’s when his own stardom truly erupted! His sound is Old School yet it had just enough New School swagger to unite both Old School R&B heads and a whole new generation of pop infused urban music heads.

Stickiness Factor: No matter if he was singing as part of the group Levert or with the super group LSG alongside Keith Sweat and Johnny Gill-Gerald Levert was the quintessential R&B singer who lived and loved his craft and his fans. Some of his hits included “My Body”, “Casanova”, and “Baby Hold on to Me” and “I was Made to Love You”

Check out the video for “I was Made to Love You”

Power of Context: Received numerous awards including 1 BET award, 1 Grammy (he was nominated for 4), an Image award, and 2 Soul Train awards! And, has released 7 albums with Levert, 11 solo albums, 2 with LSG, and 2 albums with his father Eddie Levert!

Law of the Few: Maxwell was “Neo Soul” before it became a trend and pioneered a signature sound that was both hunting to the soul as well as an open letter to his life and the women in it. The hipsters and social mavens at the time begged for more, yet it was his seldom output of new music that kept his music from being watered down or worse being compared to his past works.

Stickiness Factor: Three of his biggest hits where “Pretty Wings” in which he won a Grammy, “This Woman’s Work”, and  “Ascension (Don’t Ever Wonder)”

Check out the video for “This Woman’s Work” here

Power of Context: Maxwell has released 5 albums including an MTV Unplugged album and is set to release a new album in 2013. He’s won 2 Grammy awards, 1 Image award, and 5 Soul Train awards.

Law of the Few: When someone things of “Neo Soul” their thoughts tend to automatically think of D’Angelo. His very music and presence personifies the laid back cool grown up soul music that is neo soul. And, despite his musical sabbaticals his fans are always there to support him and keep his music alive!

Stickiness Factor: His songs “Brown Sugar”, “Lady” and “Your Precious Love” featuring Erykah Badu continue to be on heavy rotations within coffee shops and poetry venues across the country. His song “Untitled (How Does it Feel) went on to become a massive hit, and the ladies went crazy over him appearing nude in the video!

Power of Context: D’Angelo has released 2 albums with a new one scheduled for 2013, 1 live album, 1 compilation album, and a remix album. He’s also won numerous awards including 2 Grammys.

Law of the Few: Teddy Riley produced and wrote many hits for various artists including the hit “No Diggity” featuring Dr. Dre and Queen Pen. He’s also written and produced for as for his groups Guy and Blackstreet. One of his biggest musical accomplishments has been producing half of Michael Jackson’s Dangerous album which sold 32 million albums.

Stickiness Factor:  Produced and co-wrote numerous songs including “Teeth” for Lady Gaga, “Remember the Time” and “In the Closet” for Michael Jackson, “Baby Be Mine” for Blackstreet, and “Groove Me”, “Teddy’s Jam”

Checkout the video for “Groove Me”

Power of Context:  2 albums, 1 with Guy and another with Blackstreet.

Law of the Few:  Chico is a musical legacy, whose older brothers were part of R&B group, DeBarge. He started his career at Motown in the mid-80’s and his song dipped in and out of traditional R&B, pop, and neo soul influences.

Stickiness Factor: A few of his biggest hits were “Iggin’ Me”,  “Talk to Me”, “Virgin”, “Listen to Your Man” featuring Joe, and “Oh No”

Checkout the video for “Iggin’ Me”

Power of Context: Chico has released 6 albums over the course of his career.

Law of the Few: After a brief stint with the group Maniquin which released one album, Kenny went solo and has been releasing an album every two to three years. It’s his consistency along with the classic R&B sound with just enough Gospel influences that have made Kenny Lattimore a legend in his own time.

Stickiness Factor: He has a large catalog of hits “Never Too Busy”, “For You”, “Find a Way” and “Tonight (2Step)”

Checkout the video for “Never Too Busy”

Power of Context: Kenny has released 8 albums including 2 with his wife Chante Moore, and 2 complications.

Law of the Few: Seal is a British soul and R&B singer who has established a large international fan base. He’s one of the few modern day R&B singers who are a household name in mostly every continent.

Stickiness Factor: Notable releases  “Never to Busy”, “Kiss from a Rose”, and “Prayer for the Dying” and “Crazy”

Checkout the video for “Never to Busy”

Law of the Few:  Keith Sweat embraced the “New Jack Swing” style of R&B, as well as traditional and pop soul music. He’s managed to reinvent himself and his music no matter what trend of form of music is popular at the moment.

Stickiness Factor: Notable songs include “Twisted”, “Nobody”, “I Want Her,” and “One on One” and “Keep it Comin”

Checkout the video for “Twisted”

Power of Context: Keith Sweat released 11 album and won 1 American Music award after being nominated for 4. He also discovered the R&B group Silk.

Law of the Few: Freddie Jackson was the voice of R&B when he first came out and very few can sing a love song like him. He’s had a vast career that most artist would beg to have, and he’s still influencing generations to come.

Checkout the video for “You are My Lady” here

SOLANGE DID A MIKE JACK MOVE AND BEAT IT

Look Your Best For Every Festival