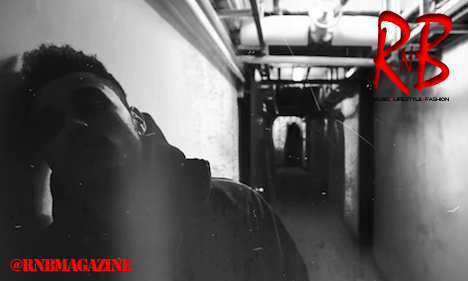 You heard it hear first The Weeknd is going to be a force in RnB. They have already broken down doors with their storng emotional lyrics and meanings.

Take a listen and let us know what you think?  And just to give you a little back round of them….

In late 2010, The Weeknd uploaded three songs, “What You Need,” “Loft Music,” and “The Morning” to YouTube.  A nine-track album titled House of Balloons was digitally released on 21 March 2011 through the artist’s official website.  Hip-hop artist Drake has been partly credited for generating public awareness for The Weeknd, after he quoted a line from the track “Wicked Games” via Twitter and linked to the singer’s music on his website.

In a review of the House of Balloons album, Pitchfork Media’s Joe Colly wrote that “all the thematic and sonic pieces fit together – these weird, morning-after tales of lust, hurt, and over-indulgence … are matched by this incredibly lush, downcast music. It’s hard to think of a record since probably the xx’s debut … that so fully embodies such a specific nocturnal quality.” Frontier Psychiatrist’s L.V. Lopez claimed the album was “brilliant, disturbing, and not safe for work,” calling the song “Loft Music” a song that is “so unsafe it should come with a child-proof cap, so dirty that you’ll feel guilty the next time you see your wife.”Tom Ewing of The Guardian said that although the singing and songwriting on House of Balloons“aren’t especially strong by R&B standards,” the Weeknd is receiving “so much attention” as a result of its “command of mood.”Sean Fennessey of The Village Voice called the album “impressive” and added, “It’s patient, often gorgeous, and consistently louche … with the sort of blown-out underbelly and echo-laden crooning that has already made Drake’s less-than-a-year-old Thank Me Later such an influential guidepost.”Maegan McGregor of Exclaim! praised the album: “Packed full of sex, drugs and some downright killer production, this easily stands as one of the year’s best debuts so far, hipster, Top 40 or otherwise.”Sputnik Music’s Tyler Fisher said that “despite being a free mixtape, House of Balloons feels like a true album, a true labor of love.” The title track samples Siouxsie and the Banshees’ 1980 single “Happy House.” On June 16, the album was named as a longlisted nominee for the 2011 Polaris Music Prize. On July 6, the album was named as a short listed (one of ten) nominee for the 2011 award.

He has recently released three new songs: a remix of Drake’s “Trust Issues,” “Rolling Stone,” and “The Birds: Part 1,” which received a “Song of the Week” designation from The Tune.

Chris Brown- Wha They Mad For???? IN STUDIO PERFORMANCE 2012