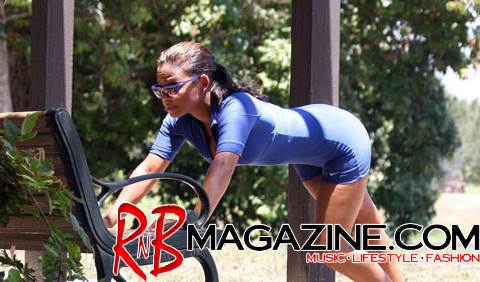 Christina Milian dropped by TheHollywoodReporters Covers Lounge recently and shared some advice for The Voice performers and anyone struggling to break in to the business.

“I’ve been in the music industry, I’ve been in the acting field for a very long time,” the 30-year-old says. “I’ve had my ups and downs and I still believe and I will not give up. Maybe not everything is meant to be,” she goes on to say. “But I do believe that maybe mistakes are lessons learned or it’s just an experience for you to grow through, so that you can get to a better place.”

Eleven years after her self-titled debut album, Milian has signed to rapper Lil Wayne’s record label, Young Money Entertainment. And she’s currently in the studio working on her fourth album, which she says will range from dance music to R&B-pop.

“I think this is going to be the most exciting, most meaningful album I’ve ever made,” Milian says.

Where Are They Now: Avant